In honor of James Aubudon‘s birthday, I wanted to tell readers about exciting birding 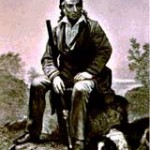 events that have been going on around town the past month.  April is the month that sees the most birding traffic here in South Texas.  This is when migratory birds are at their peak.  To showcase this, several events go on at various places in the Gulf Coast region. We were lucky enough to have time to check out two of them.

The first was FeatherFest, a weekend of birding activities centered around Galveston.  We only checked out the festivities on the last afternoon, but there are a multitude of activities from Thursday night to Sunday afternoon of this festival, which is hosted out of a headquarters in the Strand District.  The event is free to the public, but almost all the activities have a fee associated with them – at least the activities that require leaving the headquarters location and going out to actually go find birds.  You can find more information here at http://www.galvestonfeatherfest.com/. 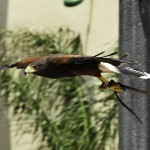 by a different group, which is good because we have gotten to see a greater variety of birds.  The Sky Kings were the hosts today, and they put on a nice show right outside the headquarters.  We also checked out the exhibits inside the building.  We left the event soon after because the little ones wanted to go to the beach, and we also wanted a chance to go geocaching and off road exploring in the San Luis Pass area, but next year we want to spend some more time, and possibly money, checking out what this festival has to offer.

The following weekend found us at San Bernard Wildlife Refuge for the Migration Celebration.  We had first heard about this event at the Gulf Coast Bird Observatory, and were most excited about the idea about exploring the refuge on the marsh buggy rides. 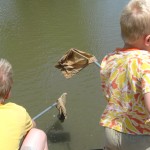 However, all the spaces on the marsh buggies were taken by the time we got through the line on the Sunday afternoon that we went.  Instead, we took an auto van tour of Moccasin Pond, each of us equipped with binoculars, while a bird guide pointed out different species and passed back an Ipad with information looked up when we had questions.

Before the auto fan tour, J went on a nature photography workshop they offered, and my sons and I participated in the “Junior Naturalist Passport” program they had, where you got stamps in a booklet by doing different educational activities for children.  The kids sifted through a pond, petted snakes, learned about alligators, touched crabs and starfish, 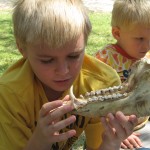 and netted insects then looked at them under a microscope.    We looked at the winners of the photo contest they have each year.  I can’t believe the amount of committed volunteers they had, and the wealth of information that was given out entirely free.  The commitment to outdoor education was strong here.

There was also a Birds of Prey demonstration here, put on by Earthquest.  I liked this one probably the best of all the ones we have seen this past year, because of the wealth of inspirational environmental information presented.  They are not there just to demonstrate their falconry, but rather as ambassadors and educators of an ethic they 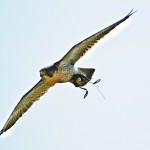 would like to impress upon all those they encounter.  J got some great photos of the very interesting birds they had with them for displays of flight and majesty, like the Eurasian Eagle Owl, the Andean Condor, and the Peregrine Falcon, whose speed in flight is unsurpassed.

Both of these events were only about an hour or two outside of Houston.  Other events were also being offered around the South Texas region, like in Corpus Christi the same weekend as the Migration Celebration.

It’s springtime in Texas, and birds are all around us, gathering up fuel for the winter journey, nesting and rearing their young, singing and eating and flashing wings through the forest.  Go find them!  And I hope next year you have a chance to check out these two events I mentioned.  We’ll be there!