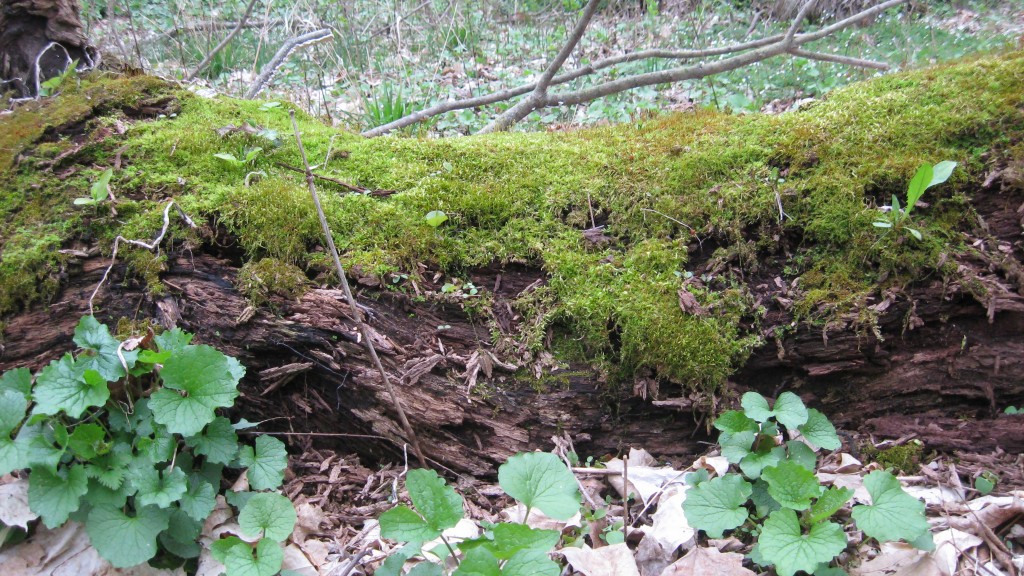 There was a gathering early this week in the suburbs of Chicago of representatives from each of the North American sites of my company, and I and my boss, Iris, were of the two from our site mandated to go.  Neither of us really wanted to, didn’t want to miss time with our family or even work for it, but in the end we were glad we went.

One of the highlights for me of this trip was being able to go caching in Illinois.  I didn’t have that state colored red on my caching map yet.  I perked up a little about the trip when I noticed that the hotel the conference was at was surrounded by woods.

Oh, and what a woods they were.  Here are photos from the Allison Woods, directly in front and across the street from the hotel. 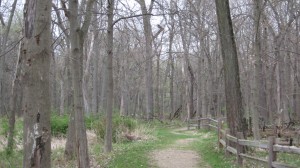 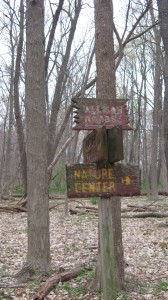 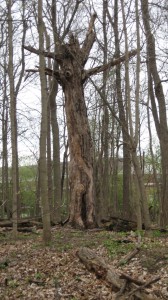 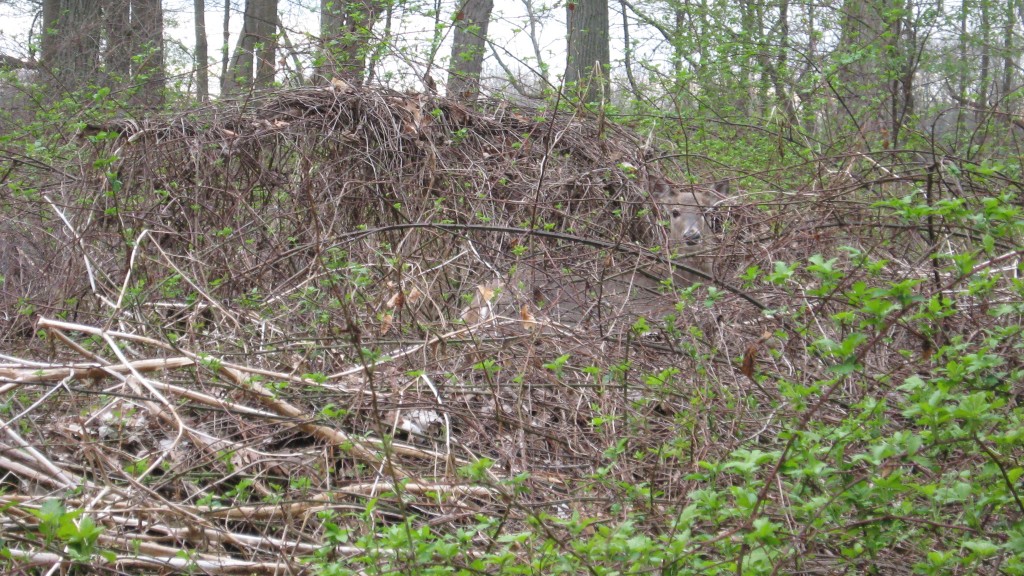 See the deer?  I was very excited about my deer encounters.  Initially, when I entered these woods, I was with three colleagues from Montreal.  I was trying to explain the game to them, and the talking we were doing probably scared the deer off.  After the three got too cold to continue the walk, I went off by myself, and was surrounded by the silence of the woods.  It was very comforting.  There was a smell in the air, and soon I realized it denoted the presence of the white tail deer. There were a couple here, a couple there.  And then there was the moment, after finding a cache 500 feet off the trail, that I found myself stalking three of them, just hoping to get the right shot…with my camera… 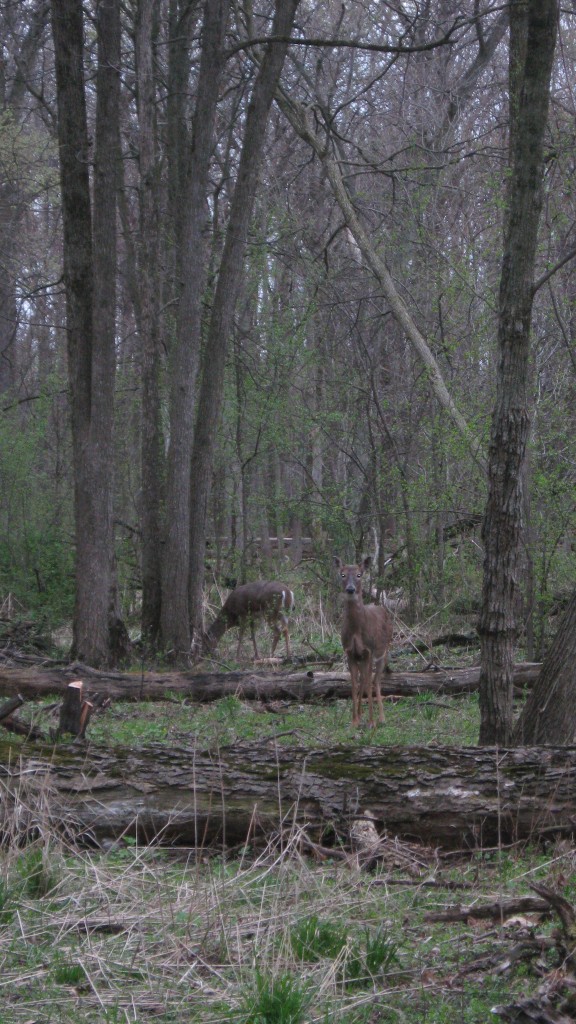 and one parting last shot: 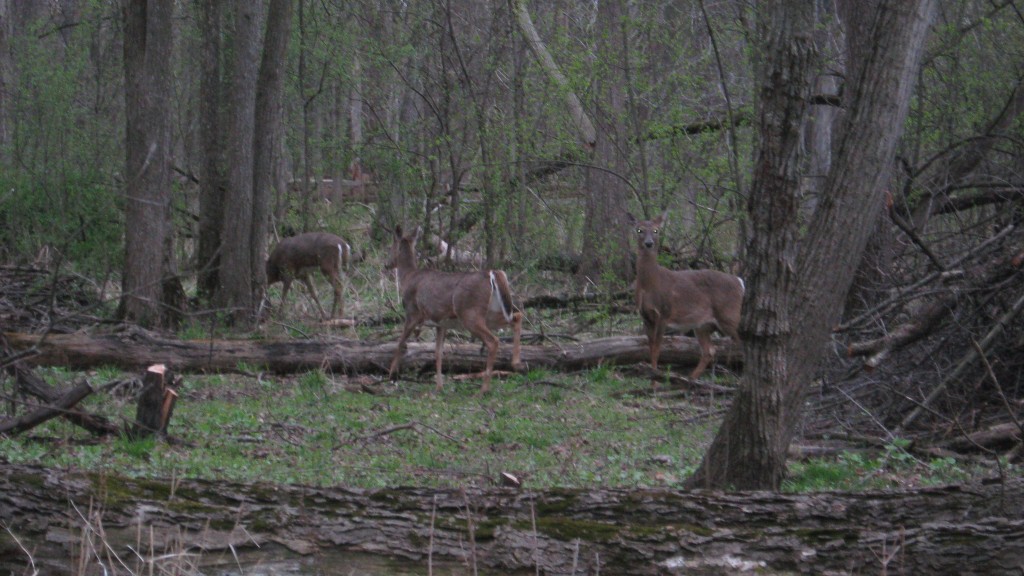 The day after this, I went for another walk in the woods, on a trail that picked up behind my hotel.  The first day I had gotten four caches, this second day I got five, dressed in business casual clothes the whole while.  I initially was trying to find someone to hike with me, for safety’s sake, and at first I wasn’t having much luck, but suddenly I found myself leaving the hotel with a big group who had all decided to take a walk: fifteen or so colleagues of mine, all dressed similar to me, in our work clothes we had been wearing all day in the meeting, tromping off through the woods.  And these woods were a little bit messy.  The first cache or two, they were with me, and I explained what geocaching was all about.  Later on, they were not as interested, so I went off by myself and just met up with the women of the group later on for dinner.  Here are some shots of those woods. 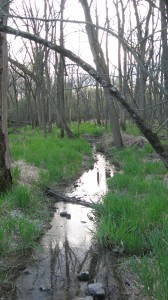 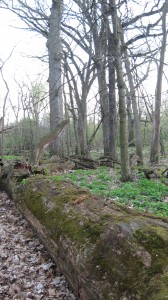 Really, I was surprised to see so much wood and wildlife in what I always considered to be a very urban environment – the city of Chicago.  We were not downtown, though, but out in the suburb of Northbrook.  It is relieving to know there are parts of the world where the wilderness seems to be thriving, despite human encroachment and development.