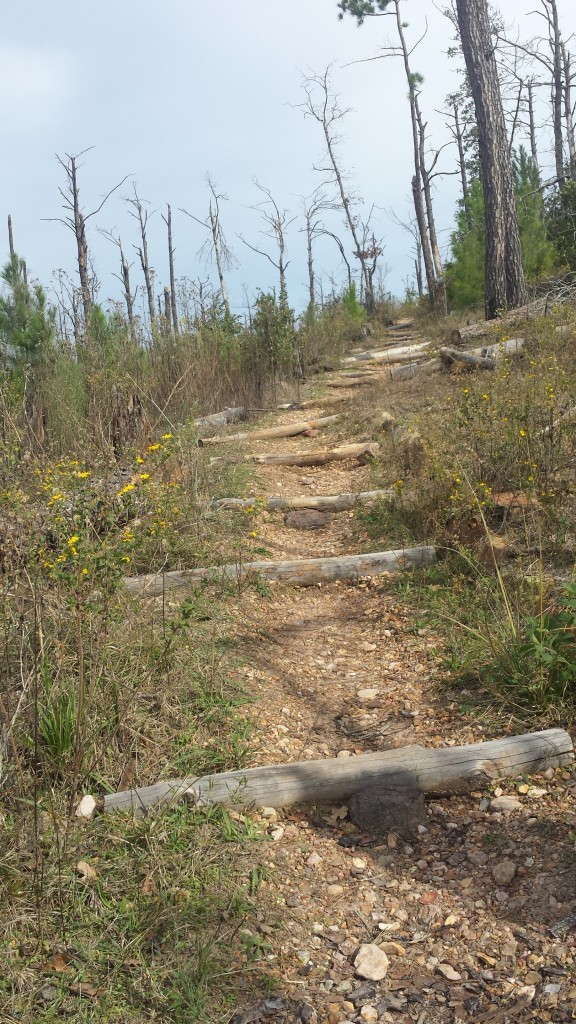 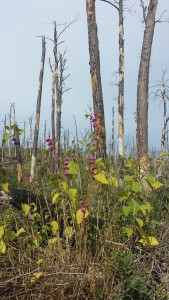 Last weekend, we went camping with the Hike It Baby group at Bastrop State Park.  The focused activity of the day was a planned mid-morning hike along the Red Trail (with a later connection to the Purple and Orange Trails, I think).  We didn’t get to the park until just before the hike began, due to timing of a work trip I had to take and then subsequent slowness of getting the car packed up.  Once there, we decided that Jason would go set up camp for us while the boys and I made the hike.

During the hike, the group of about 22 families split up according to speed.  There was a time when we were in the front of the pack, but then I slowed down as I started to pull out the binoculars to look at birds.  My oldest son stayed with the front of the group, but the middle one stayed with me for a bit, until I got annoyed with him for throwing a stick into a pile of brush, making a 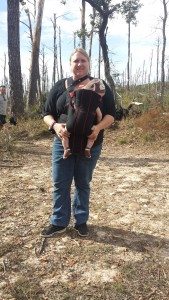 crashing sound that chased off the woodpecker I had just asked him if he wanted to look at through the binoculars.  After that, he took off to join his brother at the front.
There was a time when another couple or two and the hike leader Jennifer were walking with me, but then they forged on ahead and I kept stopping to look at birds.  Pretty soon, I found myself alone on the trail (except for the sleeping baby in the BabyBjorn up against my chest).  I knew there were people behind me, but for some reason they didn’t catch up, and I didn’t feel like I needed them to.  It seemed like it was about the last half mile I walked alone, because I remember that Jennifer was still at my side when her odometer chimed off the one mile reading.

In that time, I had some time with myself and my thoughts.  I considered 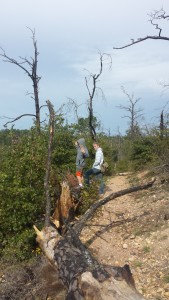 what it would be like to be backpacking alone on a long distance thru hike, and contemplated if I had what it took to do something like that.  Mentally, I believe that I have what it would take, because I am enthusiastic and persistent. I am always game for physical activity, and I am absolutely thrilled with being outdoors.  The sight of a trail makes my heart pump faster like a person in love.

However, physically, I was feeling the effects of the hike, even though it was fairly short in distance.  My lower back was in a lot of pain, and although that probably had to do with the seventeen pounds of baby dead weight on my chest and a possibly ill-fitted baby backpack (we discovered the next weekend that we had failed to adjust it since his last growth spurt).  One could argue that I would probably not be carrying a baby on a thru-hike, but I would also be carrying my gear 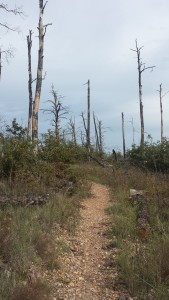 on my back instead.  Depending on the fit of the pack, that may or may not be easier to handle.

Also, my bum ankle was giving me a hard time.  I didn’t really consider when I was laying on my back that fateful day in December 2012 with my bone hanging out and my ankle twisted the wrong way that my hiking aspirations were now toast.  I thought with the miracle of modern medicine that I would be as good as new in a few months.  I was still in denial until the doctor explained to me that the pain I felt in my ankle would probably always be there, and although I would be able to resume normal activity, it would not be at the level I was at before and I would have to adjust.  The cushion between joints at my ankle is gone, and also the strength of my muscles and ligaments has not returned, so after a day of hiking even a short distance, my ankle is swollen under the joint at the inside and I am limping.  How could I possibly hike fifteen miles a day or so for months on end, when I am not even sure I can actually hike fifteen miles ONE day? 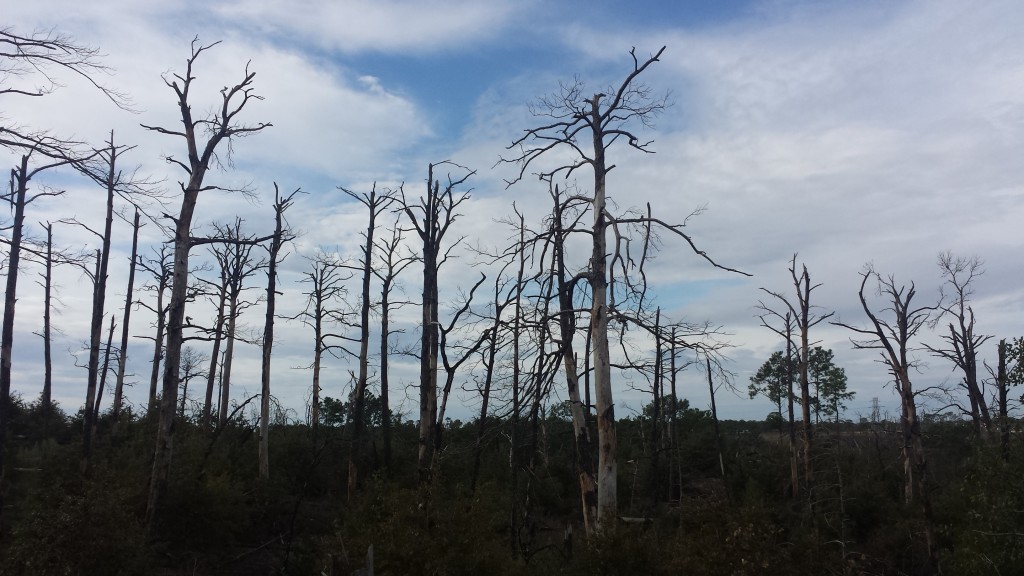 There was a steep incline on the trail before we got to a stopping point, which was about halfway through the hike that the group had planned.  The older boys were up there sitting on a rock waiting for me, complaining that they had enough hiking and could we just call Jason to come get us now?  They were bored of it.

I was not bored of it, and I wanted to continue on with the group, but I wanted to wait with the boys to make sure Jason could find them, and by the time this all happened, the group had already started hiking the rest of the way and I was going to have to play catch up.  So, I only got to do half the hike, but even though my spirit was willing, the flesh was not, and this makes me reconsider future endeavors. 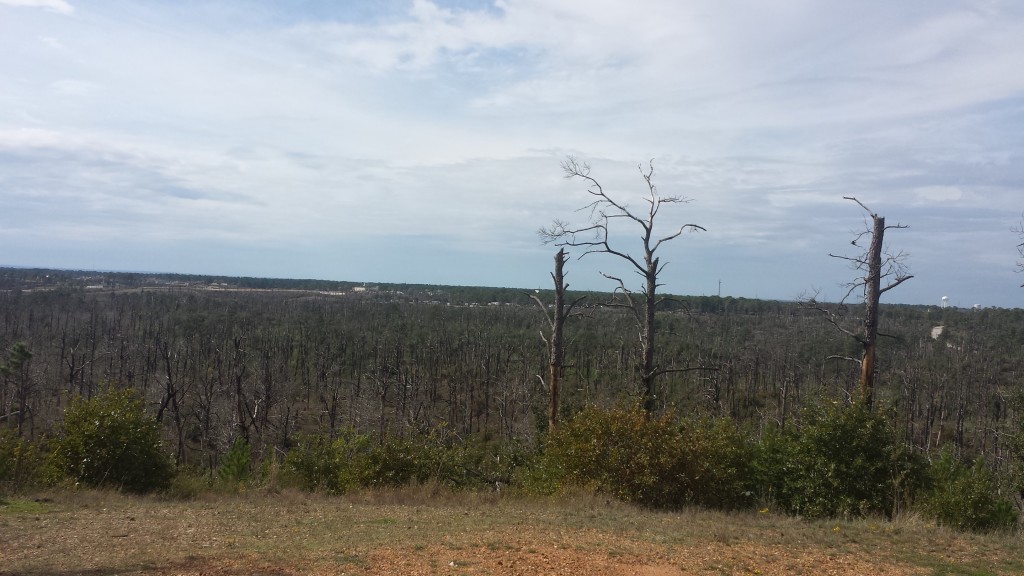 It might be that backpacking and thru-hikes were always just a pipe dream for me. I have had those before and had to let them go, and it always sucks but after a while, you forget about them.  It might be something I can get around to later, after the kids are older and we have more time for our own pursuits.  It is not a bad idea to continue to challenge my bum leg and appeal to my outdoor schemes by taking some hikes, perhaps even overnight ones, and see how I feel afterwards.

Still, for now, we are still enjoying the outdoor activities and sense of community offered by Hike It Baby.  We enjoyed the rest of the camp out, although for some reason we missed out on some group activities and group knowledge (like when the hot dogs were being served).  It might have been because our older kids got bored and we ended up going into town to appease them for a bit (visiting our favorite shop, Bastrop Goldsmith, as well as finding a new favorite shop).
Luckily, another mother in the group offered to make Kaleb a grilled cheese sandwich (since all the hot dogs were gone).  The rest of us were fine eating varieties of salad and chili for dinner.  Sebastian survived his first camping trip, although he did come down with a mysterious fever in the middle of the night (causing Jason to have to leave camp at one in the morning to find a place open to buy fever reducer at).  There is more drama that ensued after (re: car breakdowns and missed work etc), but that is besides the point. 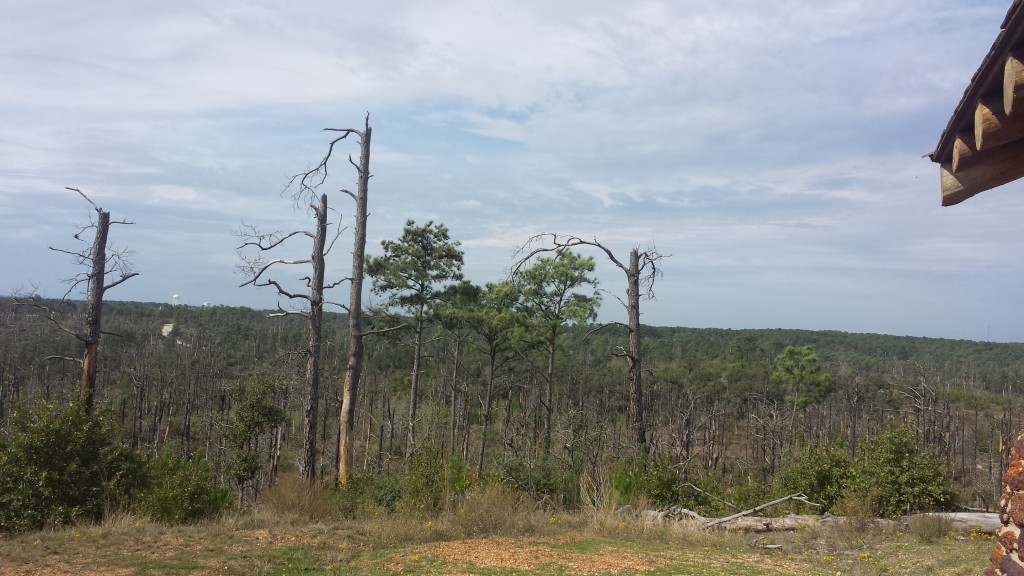 The point is that we did end up having a good time exploring this park with the group, despite physical and logistical challenges.  It was so awesome to camp with a group of people who all had young children, because there were many activities to enjoy together.  One of the best parts was the hangout site, where there was a sand pit and some safe activities for young ones to explore together.  We would camp with this group again, and hopefully I would be able to enjoy an entire hike with them (without complaining older kids, perhaps).