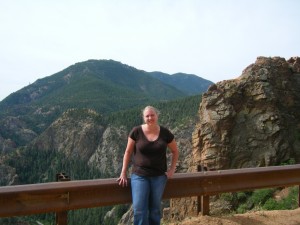 Last summer on our road trip vacation, we had some specific high-value targets in mind: “grandfather caches”, which is a term cachers use for oldest active caches.  Specifically, ones hidden in the first year of geocaching, 2000. 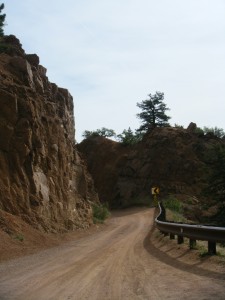 The first morning we were in Colorado, we were in pursuit of one of these: Paul Barclay, the 36th oldest active cache in the world.  I was very excited about the prospect, because this particular one looked like it was just southeast of where I used to live when I lived in Colorado back in the late nineties.  We reached an access area to the Bear Creek Nature Area, I think it was called.  The roads began to get a little more windy and scenic as we made our way up Gold Camp Rd, and we stopped for a couple of cursory caches before continuing on.

We actually missed the turn off to High Drive, which is where we needed to get to in order to access the closest parking spot to Paul Barclay, the first time around.  We ended up at Helen Hunt Falls, which was spectacular in itself, but not something we had time to get out to explore further, because we were on a mission and trying to figure out where we went wrong.  We ended up coming out of the park, getting gas, and then trying again, retracing our “steps” until we found the sharp right turn we missed the first time around. 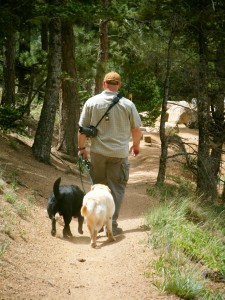 Now it was time to make the hike up.  It doesn’t really seem that far, as the crow flies – it is only 0.19 from parking ;-), but when you start at around 5000 ft and go up to 8299 ft, that 0.19 really is tough!  Also, since it is a mountain cache, you aren’t really going directly up – there are a hiker’s least favorite word to contend with – switchbacks!

During this time period in my life, I had been exercising regularly, so the tax on my cardiac and lung function was not unbearable, but J wanted to stop towards the top of the climb about every 100 ft or so to catch our breath, and I didn’t mind.  We finally made it to the top…what a view!

We didn’t immediately find the cache, which I think it is because the coords may be slightly off – in 2000, gps units didn’t have the kind of chip that a lot of them have now that makes them more accurate.  It didn’t take us very long to find it, though, when we started using our caching senses.  Then we took lots of pictures. Here are some below of the view at the top, and around the cache site: 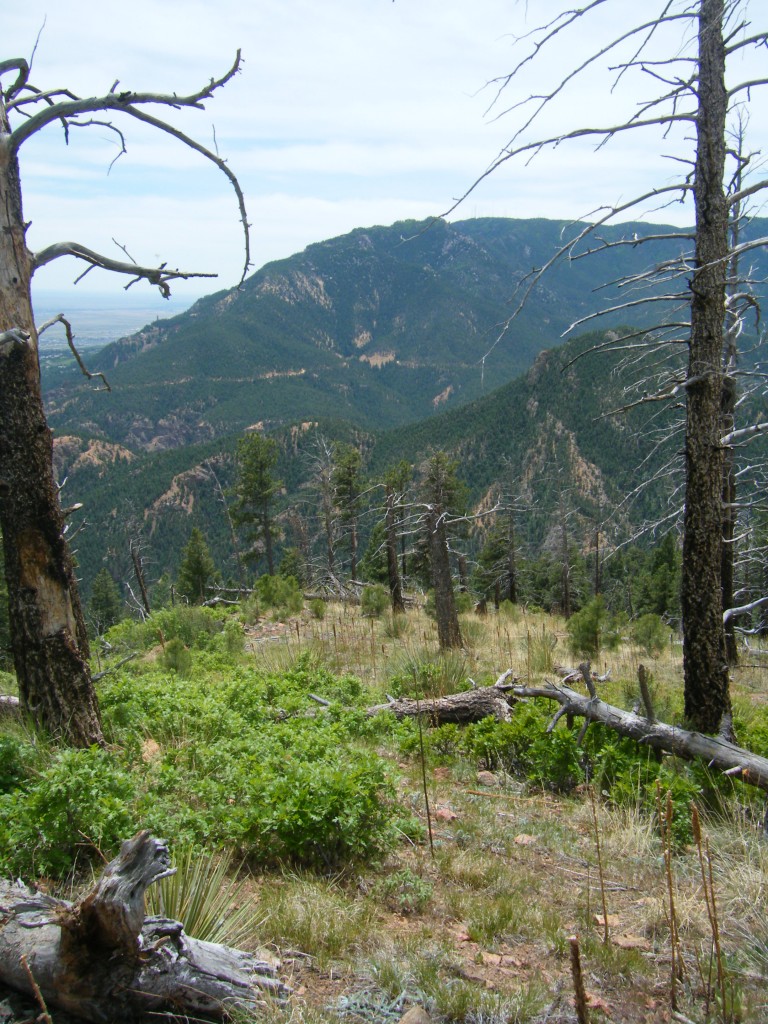 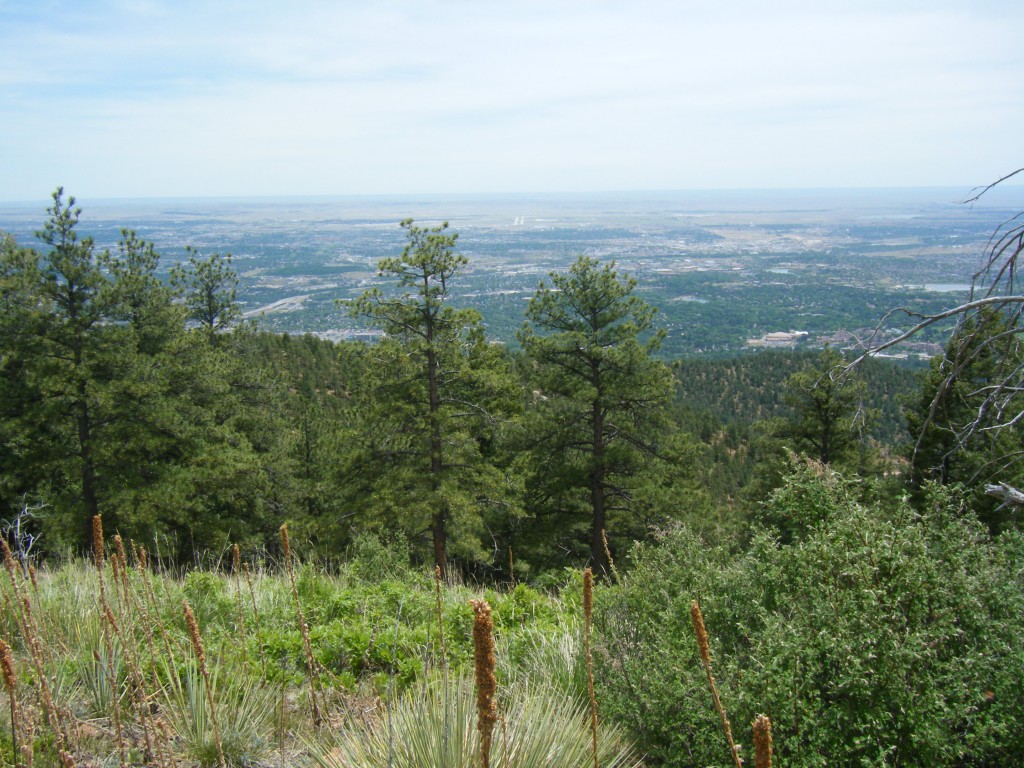 After this began our long descent.  We took a different way down that took us further away from the truck at first, but was a slightly easier path in terms of elevation changes and steepness of trail.

We hadn’t brought water with us on this hike, which was foolish of us, so when we came down, we were a bit dehydrated.  In high elevation areas like this, you get more dehydrated than at lower levels, mostly from what I understand because your seat evaporates before you notice you are losing water, so you don’t think to replace it sooner like we do in the salty south.  I knew that back when I lived in Colorado before but I had forgotten.

We had to race back to our hotel to check out at this point, because we were behind checkout schedule.  In fact, the maid had already cleaned our room, throwing away the only thing we left behind, but what was a critical element of our trip: the dog food bowls.  After getting them back, we headed for a delicious lunch at Meadow Muffins, and some well-needed ice tea.

This was the end of our trip to Colorado Springs this time around, but we’ll be back.  There are still some grandfather caches close enough for us to make this home base for a drive or two later on, and we have a lot of exploring left to do in this area.  For this day, though, it was time to get on the road and head to Rocky Mountain National Park.

Here are some more photos from our drive into, through, around the Bear Creek Nature Park area and Paul Barclay: 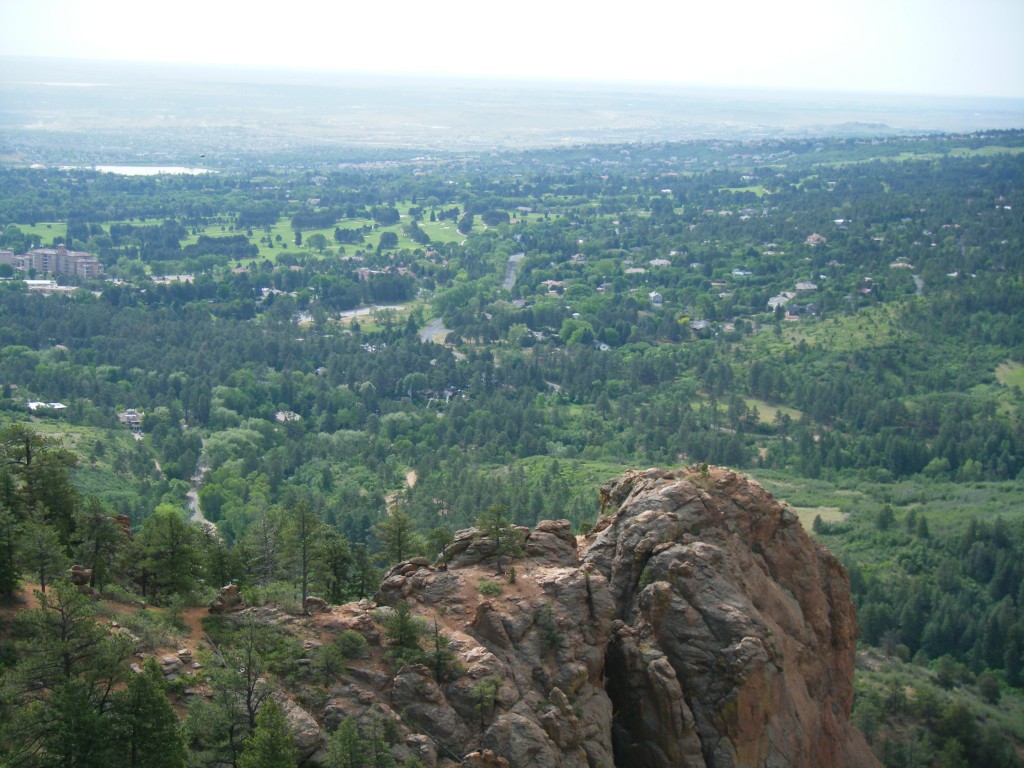 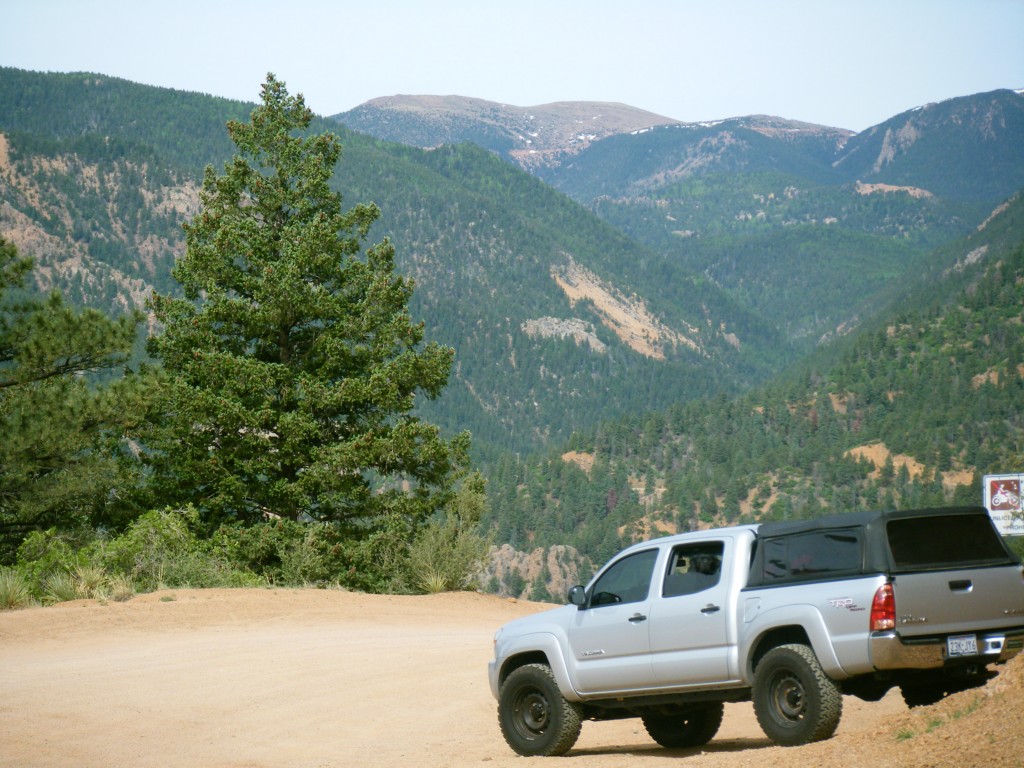 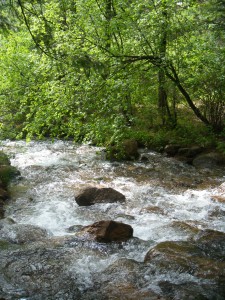 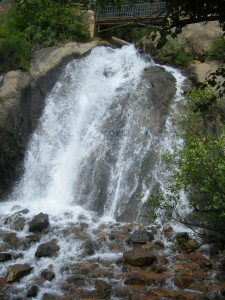 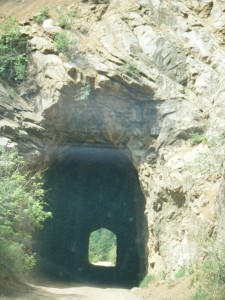 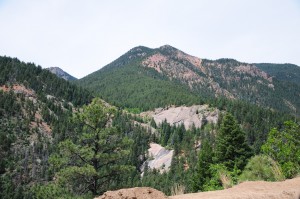 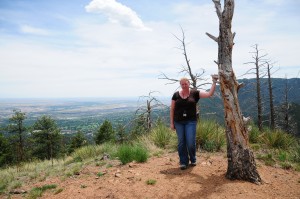