Ok so finally we reached the Mono Valley and started looking for camping places.  We drove down a dirt road to a campground that I thought would be a good choice – the Lundy Lake campground.  Google images and reviews showed this to be a very beautiful place.  When we got there, though, it was not living up to expectations, although we didn’t go all the way back to the lake.  Jason did not feel comfortable with the campground, or maybe just the mix of people we saw about it.  They were a little rough.  So we went back out to 395, and ended up searching for sites along the beginning of the Tioga Pass.  We stopped at one – I think it was the Tioga campground- but it seemed too exposed to the elements.  I was starting to feel like Goldilocks and the Three Bears when finally, we found a campground that everyone could live with – Big Bend Campground.  It was very beautiful -see below – but if you camp there, be prepared for no amenities.  The lack of running water was somewhat disconcerting to me but otherwise it was very relaxing. 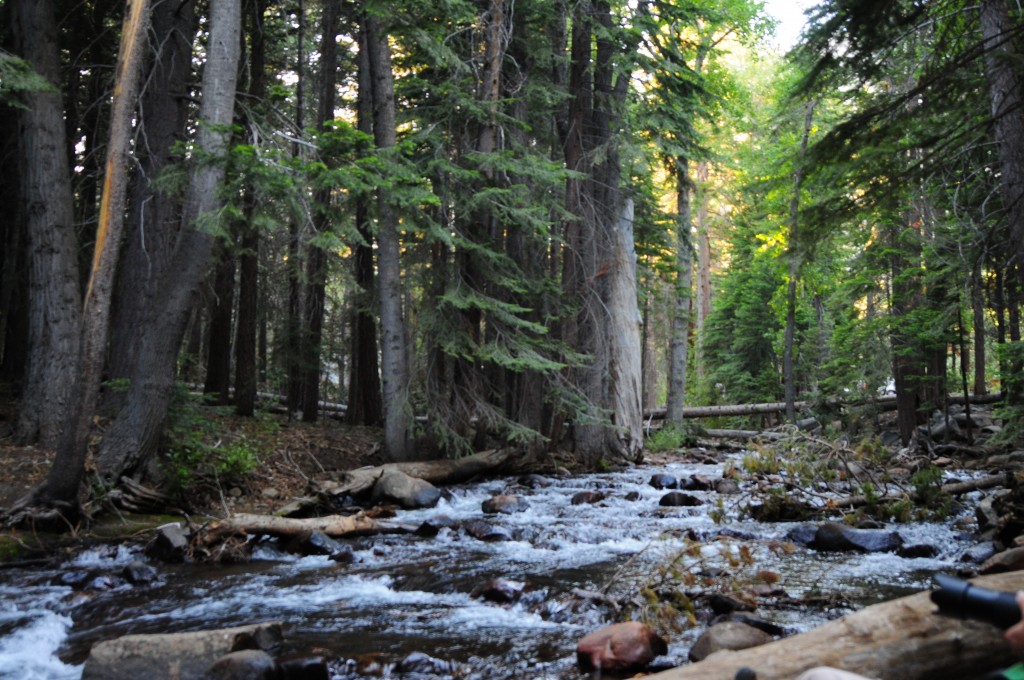 The Crossing of the First Threshold

After getting set up, we had to go find dinner.  We hadn’t brought any provisions, due to the unknown element of where we were staying night to night, as well as the concern about bears.  And, we HAD to experience the Whoa Nellie Deli, or so first hand accounts and reviews would suggest.  So we drove back out of the pass to have dinner there.  We sat on picnic benches outside and watched droves of hiker types coming out with their food as we looked out over Mono Lake and ate giant hamburgers.  It was an experience worth having, although the food might not be as good as the price would indicate.

And then the night started. 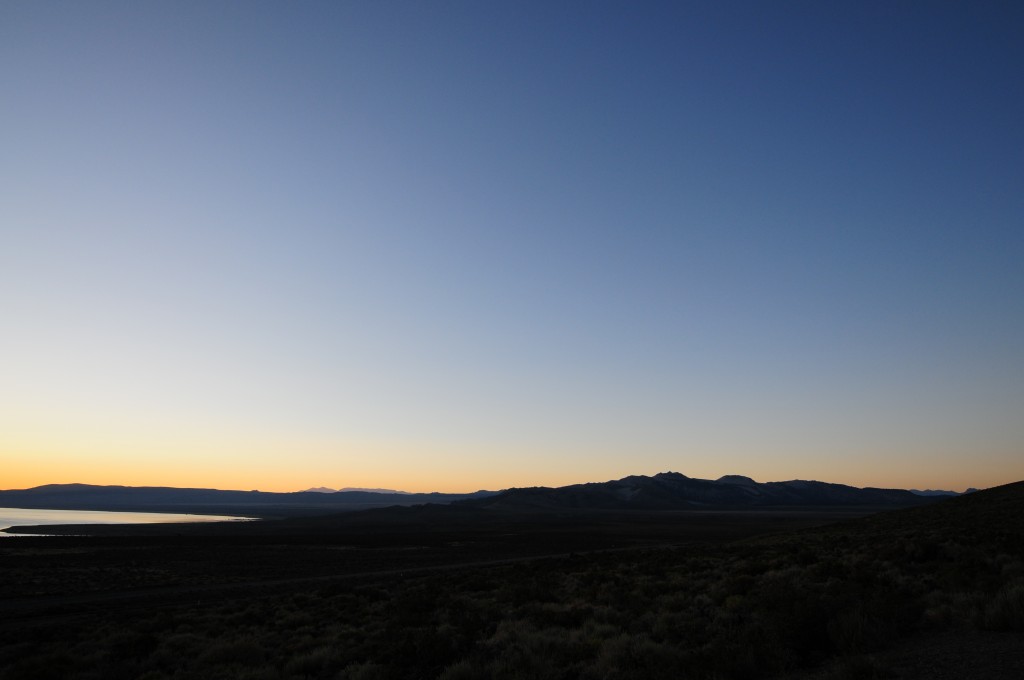 The Belly of the Whale

The night here was rough.  The youngest child had gotten himself really worked up about bears.  And I think the oldest child ate too much at the deli.  He complained about a stomach ache, and then came out of the tent and puked on the ground.  That was nice.

In the wee hours of the morning, Jason decided that the urge towards photography was greater than the desire to attempt more sleep.  He got into the rental vehicle, taking all our possessions with him.  I thought I was okay with this, wanting to lay in the silence of the morning light listening to the sounds of nature all around us. 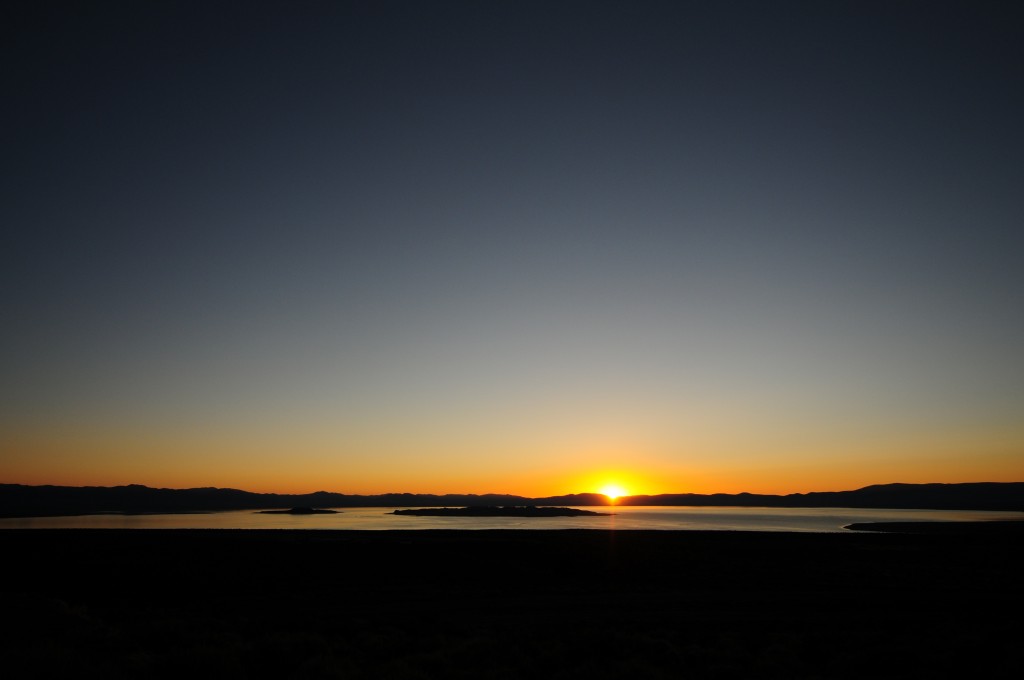 The Road of Trials

Soon, though, the sounds of nature were pierced by a different, more abrasive sound: the sound of my oldest raising his voice in anger, and my youngest crying.  Soon they were tumbling out of their tent, and I was tumbling out of mine, bleary eyed and trying to understand what happened.

And what happened was this:  during the night, my younger son needed to get up to go to the bathroom.  The bathroom at this park, a open latrine, was quite a ways away from our site, especially in the dark.  Really, all he needed was to find a tree…but he was too scared to go outside the tent by himself.  He tried to wake his brother, but his brother did not want to escort him into the scary dark night…or even contemplate getting out of his warm sleeping bag.  And then, the rest is my fault probably, for filling their heads about warnings about bears in this part of the country.  All the counseling I had done about not having the smell of food in our car, and even putting our dirty clothes and toiletries in the bear box before bed, had my poor little guy in such a panic about the dangers of the wild animals that he just curled up in his sleeping bag; then during the night, either consciously or unconsciously, relieved himself of his physical need in his sleeping bag.  A RENTED sleeping bag, mind you, in a rented tent, that we planned to use the next night in Yosemite before shipping it back.

So now they are up, and he is wet, with urine soaked clothes, and crying.  And Jason is not back yet, nor is he answering my call, and I have nothing to clean him off with or change him into.  Then I remembered yesterday’s dirty clothes in the bear box, luckily, so we got him changed into that.

When Jason came back, we were all irritated and not in the mood for the campground any more.  So we got ready, instead, to turn the SUV back towards Mono Lake and begin the next day’s adventures. 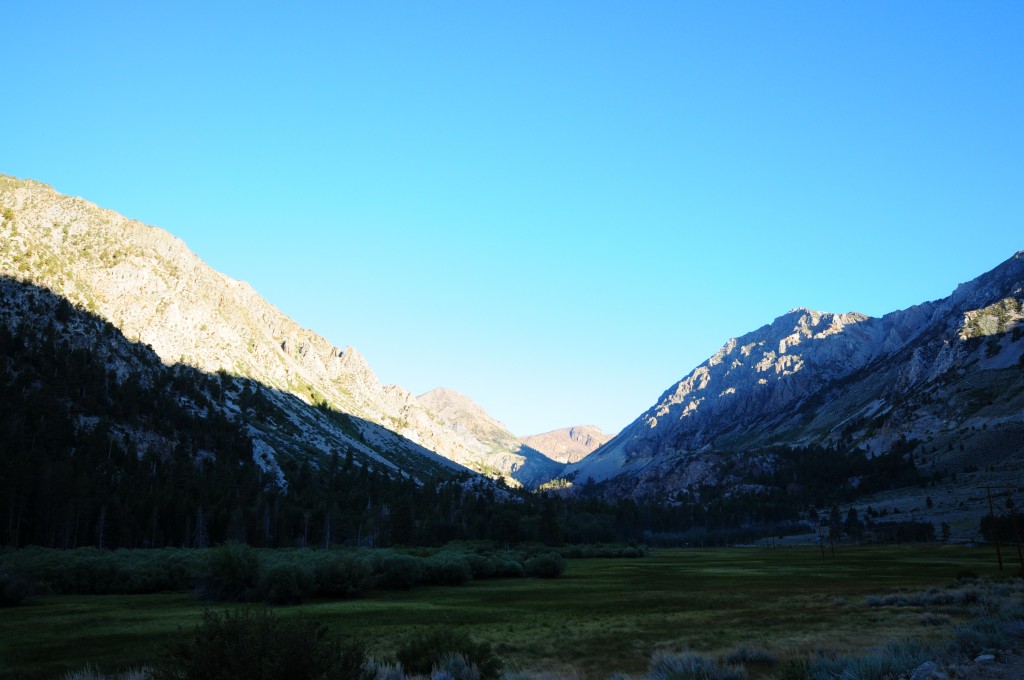