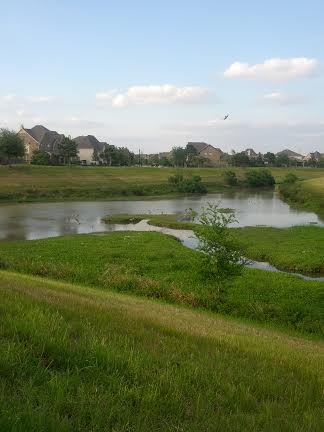 “Daddy, did you hear that dog?” said the little girl who had just passed us on her bike to her father next to her.  “Yes, I did,” he said.

I was not surprised.  I bet everyone at the lake last night heard my dog.  The little girl was referring to the whining he was doing when they passed us, similar to the whining he did every time we switched directions, stopped for a second, saw another dog, got passed by a jogger.  Somebody needs to either get out more, get more exercise, get his nuts removed, get a shock collar, or be worked with more on calming the eff down.  He was driving me crazy, and not contributing to my goal of simmering down from the work week and releasing the stress headache I had going on.

Also, he does not make a good birding companion.  When I stopped to look with the binoculars at the rich bird life I was seeing along the way, he would whine and tug on the leash, like “let’s go already!”.  When I sat down on the grassy creekside to watch the ducks in the special duck place, he could not stand it, fretting and whining and trying to break his down-stay.

In the end, though, he and I (and Breeze, who was a very good girl) got about an hour of exercise, and I ended up being very happy with the walk overall.  I discovered that the secret place of ducky delight is even better than I thought.  There were all kinds of interesting birds there last night. 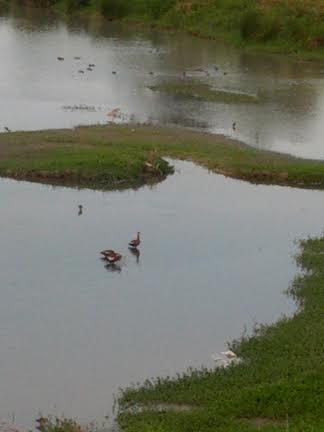 Also, there were a few more unique birds, like a couple of black necked stilts.  A handful of what I believe to be dowitchers fed nearby.  There were also a few herons (great blue, little blue, perhaps some unidentified) here and there.  Further down the path, by the side of the big lake, I saw a black crowned night heron sitting there unperturbed by my dog’s whining.  I also spied a loggerhead shrike perching on a branch, which is the third time this past week that I had a possible shrike in my viewer, so I am counting it.  A small bird with a medium bill flitted about on the rocks feeding from the edge of the lake, which I am thinking was a western sandpiper.  Red winged blackbirds sang chirpy songs at each other from little trees on the sides of the creek.

My favorite part of last night, though, were the barn swallows.  Dozens of them were swooping up and down above the creek that leads to the cove, going back and forth between there and the tunnels that make up the nature trail.  Golden bellies flowed below blue wings in a graceful arch up and down that was soothing to watch, but impossible to capture by photograph.  Some things you just have to commit to your memory instead.

Earlier this week, I was captivated by some scissor tailed flycatchers who were arguing in and out of a tree at the soccer fields.    This is also something I will have to commit to mental memory.  I only barely got a good look with the binoculars.  That brings my bird total up to 83 for the year.

I am loving the CRNT more and more every time I go to it.  I can’t believe I have lived here over three years and am just now discovering it.  I am glad I am finally getting over being sick, because it was a bummer to be missing some migration action.  Good thing I caught those blue wings now, because they will be gone in a couple of weeks.  I am hoping my ankle will start feeling better soon (it’s been giving me some trouble for a few weeks) and we can get back to our bike rides and seeing more birds. 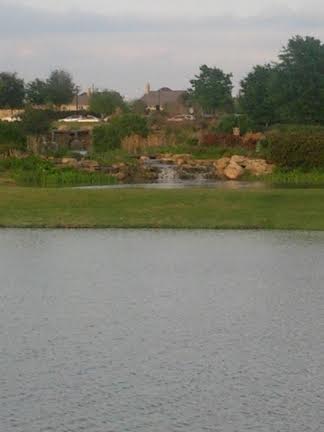