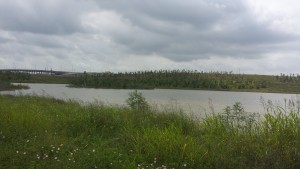 Last week, I flew the coop again.  I was waiting on a friend who didn’t appear, and I didn’t want to lose another day to my living room, so I loaded the stroller and left to explore a park that I had been reading about and hadn’t visited yet.

This time,  I decided my main objective was geocaching.  I have learned over the past couple of years that I have to decide what I am doing and not try to multi-task my outdoor time.  I always have this optimistic idea that I can exercise, look for caches, AND look for birds at the same time, but perhaps the idea that multi-tasking means you aren’t doing any one thing well is correct.  If I had been truly exercising, I would have been would been moving faster, and if I had been truly birding, I would have been moving slower. 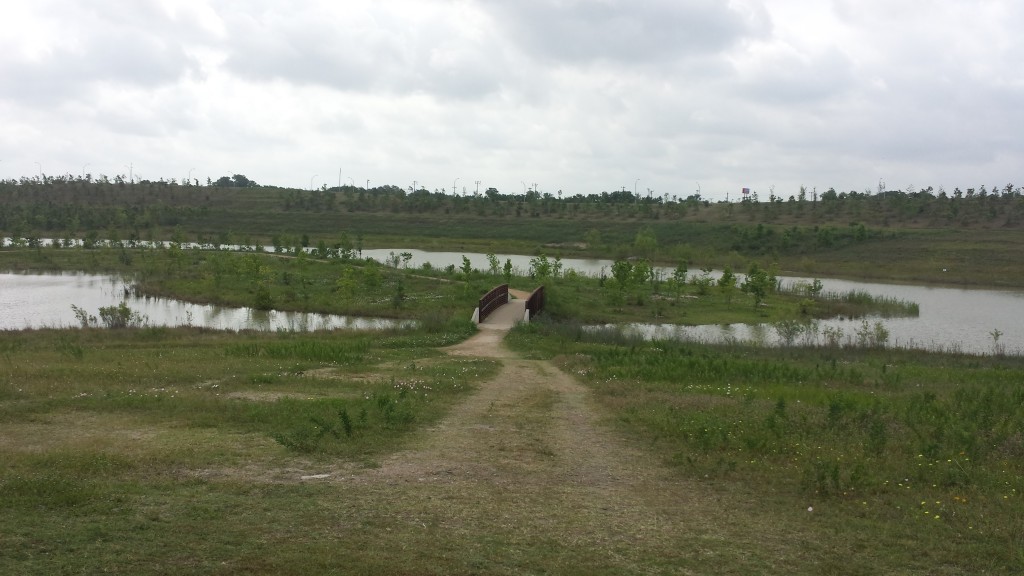 When I got close to the park, I followed the signs to parking off Dryad, but in retrospect, I would have been more comfortable parking somewhere else.  There didn’t seem to be a legit parking spot, but rather a place where the gravel road just ended with enough room for a few cars.  This parking spot put me at the one pond that is the furthest south.  It appears from the map that there are three or four different pond areas in this park, which stretches east to west along Gasmer, crossing S Post Oak.  The park itself encompasses 280 acres in total, comprised of flood relief areas turned “greenspace” in recent years.  The concept of placing retention ponds behind Westbury High School, in the area I was parked in, was first originated in 1996, and came together between 1999 and 2001 under the auspices of the Willow Waterhole Greenspace Conservancy. 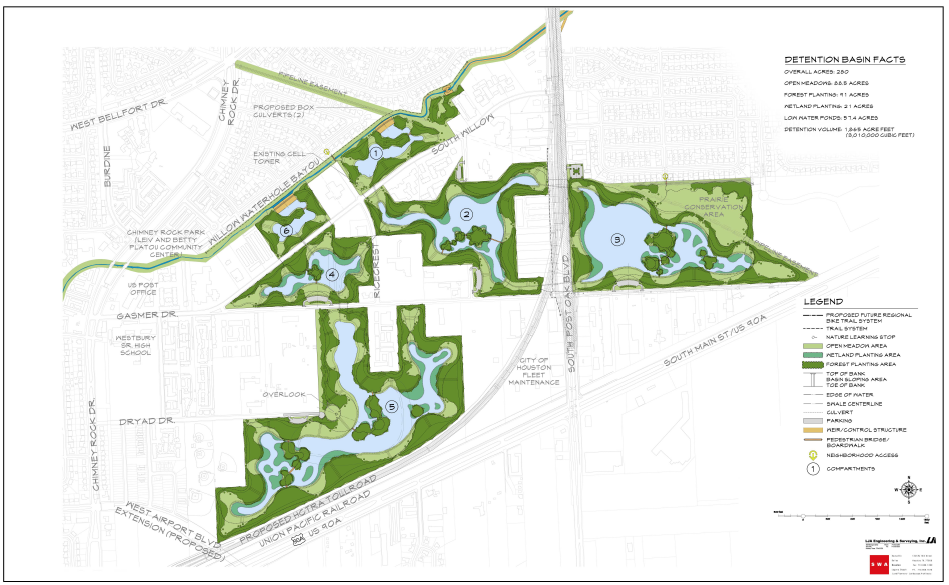 I also immediately became aware of one issue with this park.  The location of the park lends itself to sketchy inhabitants, perhaps due to its inner city location.  There are nearby apartments near S Willow and S Post Oak with an opening in the fence that allows direct access to the park.  I actually think that it is great that apartment residents have this awesome nature park in their backyard, but I have to admit feeling some reservation about sharing the park with two lone fellows that I saw while out there.  Neither of the men that I saw were dressed as if they were out to enjoy a nature park.  One was dressed in urban thug and his shirt actually had the store tags hanging off of it, so I wasn’t sure if that was a style, an accident, or a recently stolen item.  The other was lingering suspiciously by a park bench near the parking area.  He had a bag in his hand, and also occasionally reached into the bushes to what appeared to be a backpack.  He would walk aimlessly a few feet in either direction, stand there, and then go back to his bench.  It made me feel uncomfortable and I wanted to keep my vehicle within view at all times.  There were some other mothers out here with strollers and young children, so I decided that if they didn’t let these suspicious folks ruin their good time, I wouldn’t either.  I did cut my visit short, though, and next time I go, I am taking Jason with me.

I am going to try to go with the family on a weekend when Houston Audubon folks are there doing their monthly bird survey, so I can learn from them and also have the company of others.  There are interesting features at this park and several caches hidden there to find (I found five while I was out there), so there are reasons to come back.

Here are some of the views from the park that I experienced while out there: 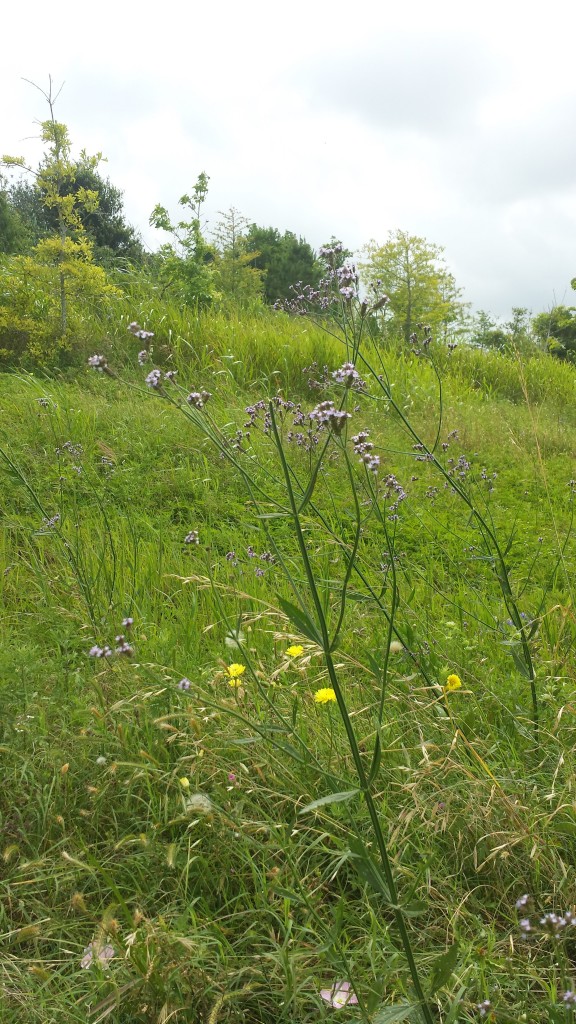 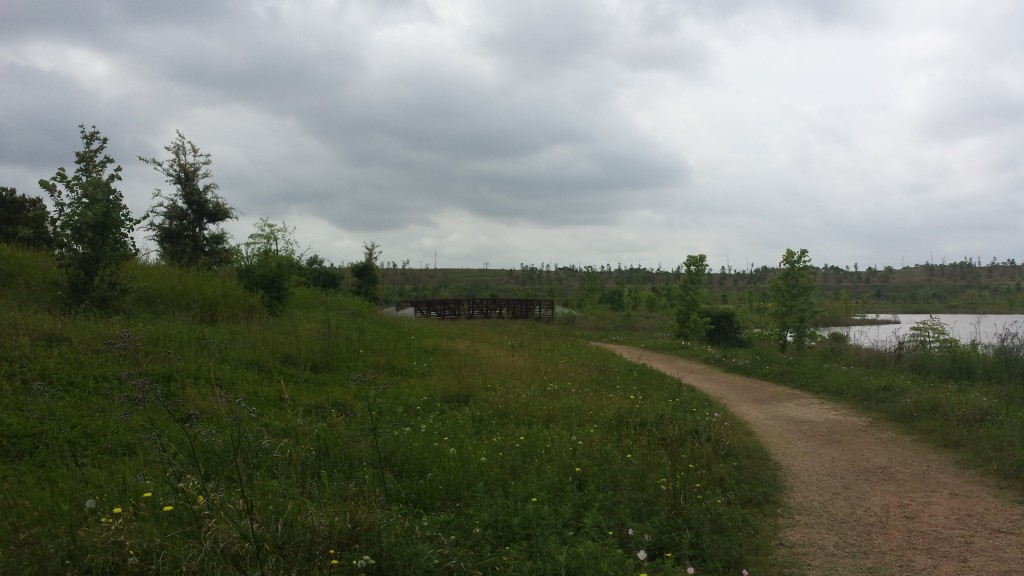 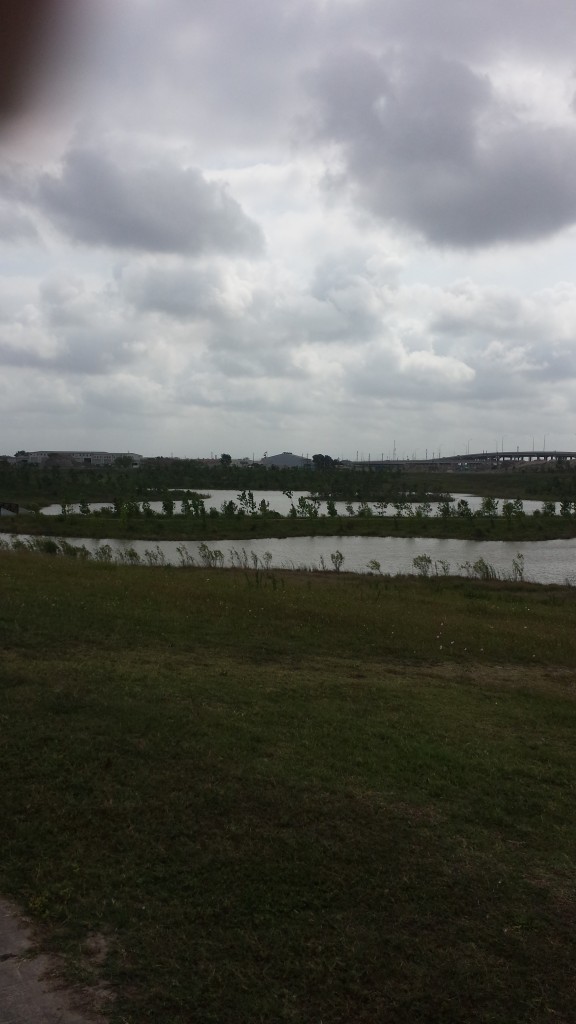 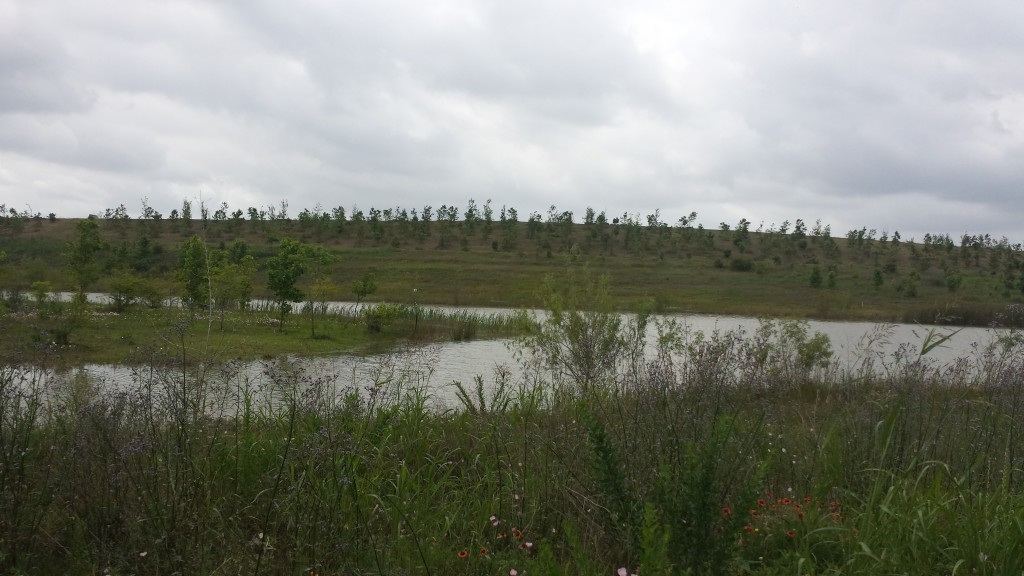