“You can’t stay in your corner of the Forest waiting for others to come to you. You have to go to them sometimes.”
― A.A. Milne, Winnie-the-Pooh 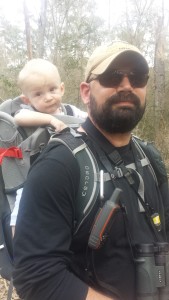 This past weekend, we did go to others, specifically our friend Misti and her son Forest to explore, like Winnie The Pooh and his friends, the Hundred Acre Woods.

Ours, however, is a real place, made up of grass and trees and little dirt trails that beckon one to come explore them.  All the side trails eventually lead back to the blacktop of the Cypresswood Hike and Bike Trail system, which runs a possible additional nine miles.

The trails were developed with bikers in mind, rather than hikers (especially those with babes on their back), and there were i 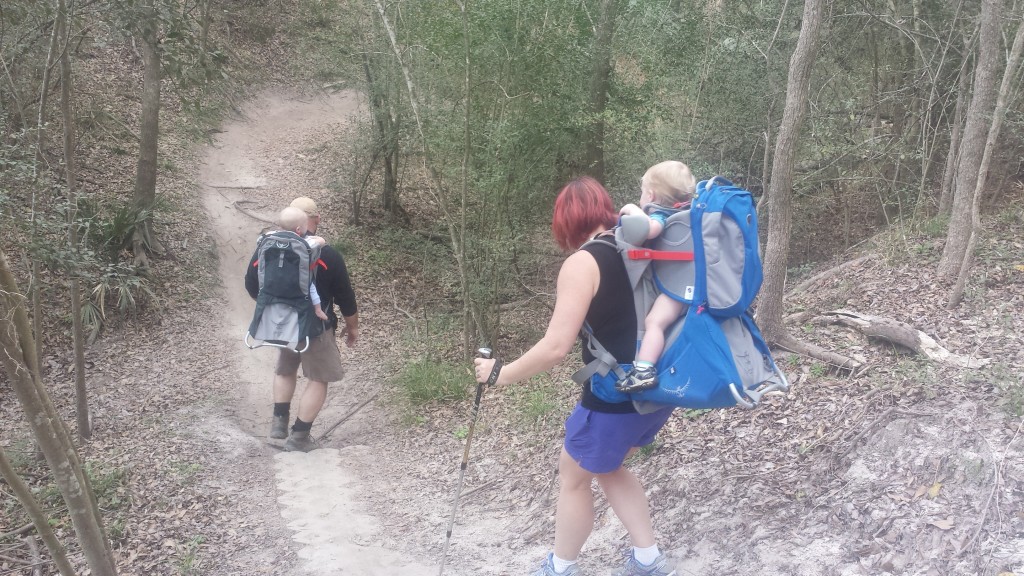 Up, down, around and back again…this is how our hike felt to the legs and  to my spirit.  Despite the new development of this little section of property that lies just west of the Cypress Creek YMCA since the donation of the land from the Houston Endowment to the Precinct 4 Parks Department in 2013, some of it was ground I traveled in my former life.

Before Jason and I were together, I didn’t live that far from here.  Sometimes I would come explore out here with my dogs, trail “running” or just exploring.  I recognized the section of creek crossing where large blocks of concrete, like graffiti covered tombstones, jut out of the culvert.  There was a familiar pipeline crossing Cypress 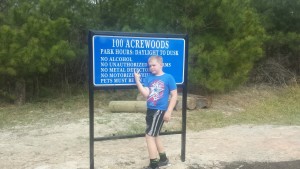 Creek at another point, a point on a landscape I remember, but the trail seemed like an unfamiliar new friend.  It was bittersweet in a way to remember that other time in my life, reflect on the way life had changed since then, and yet marvel at the improvements.

Although the Precinct 4 website states that this preserve contains two miles of trails, we ended up walking almost three and a half miles.  The extra steps might have been from the walk from the backside of the YMCA, though I could see later that there was closer parking.  The YMCA soccer field was a nice spot to let the boys explore their walking legs, though – despite the fact that they seemed 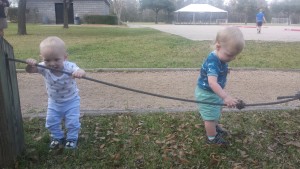 more interested in the parking lot and the wire rope fence.  These two boys (about seven months apart in age) hopefully have more nature exploring to do together in the future, as they both have parents who enjoy the outdoors.  This park is a great place to come back to sometime to do just that.

One thought on “Hundred Acre Woods”