*not pictured:  the Common Pauraque that we only observed from the ranger’s scope, nor the Golden Fronted Woodpeckers that were often seen, some even from just outside our hotel, and many others 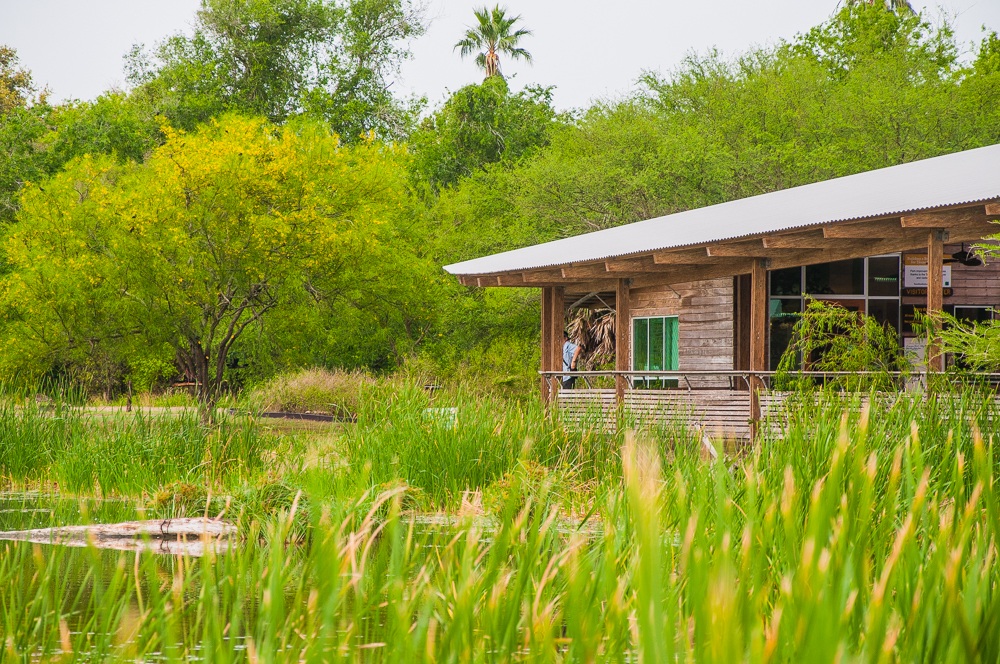 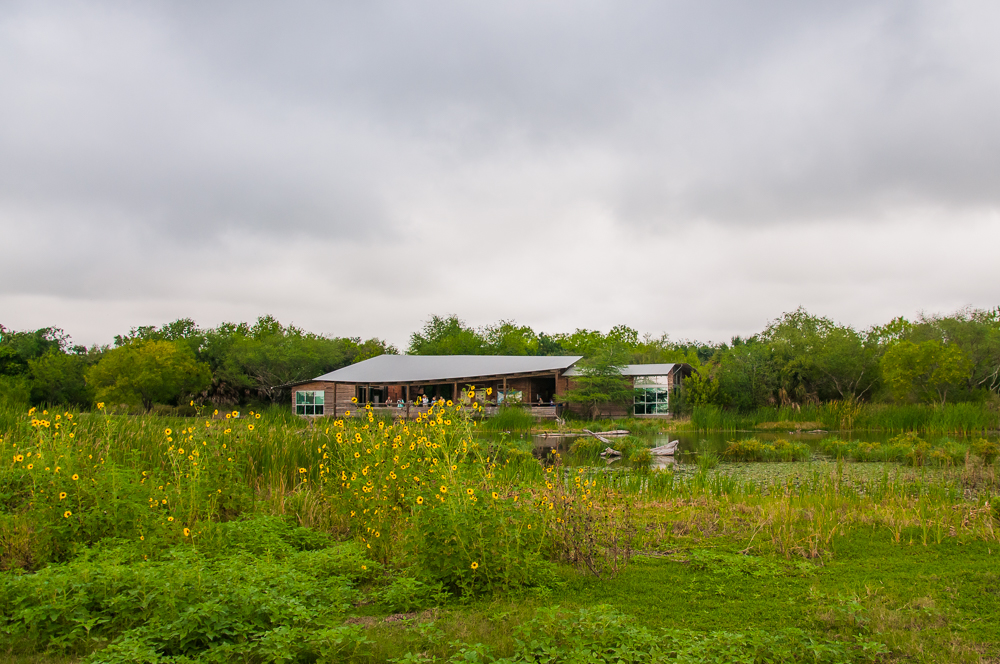 It’s a crisp Saturday morning in the Rio Grande Valley.  The air has that just-after-a-rain feeling, when the clouds had finally burst and released the humidity and all the plants look freshly washed.  A cool, refreshing breeze is blowing over us, assisted by the forward momentum of the electric tram. 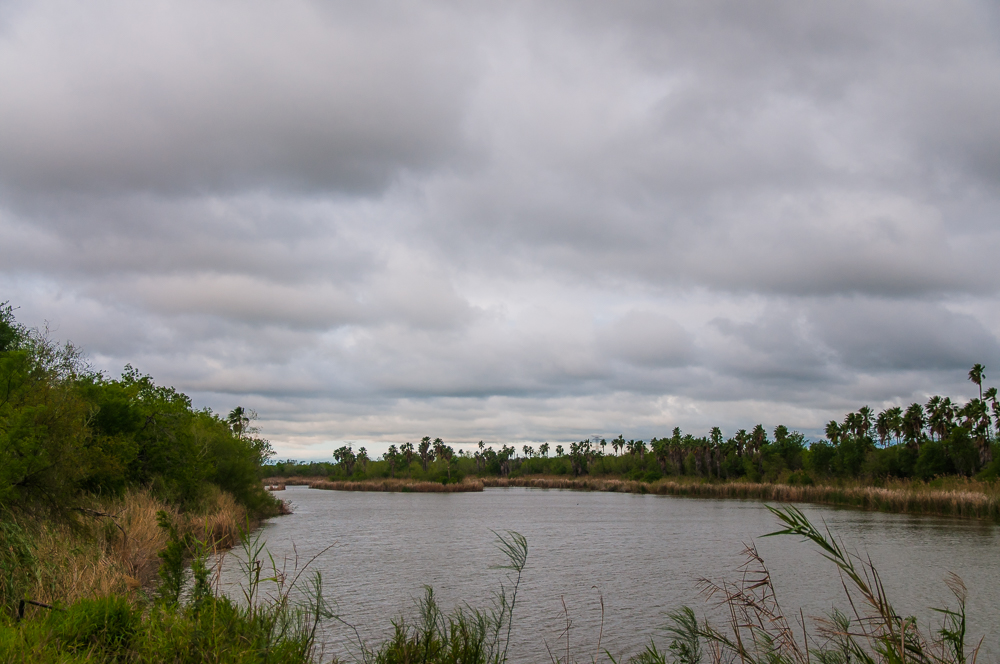 We are in Bentsen-Rio Grande Valley State Park, home of one of the nine World Birding Centers along the southern edge of Texas.  This park is unique in several ways, and one of those ways is that vehicles are not allowed in the park.  Once you pass the park gate, you are either walking, riding a bike, or riding one of these electric trams (kind of a bigger fancy golf cart). 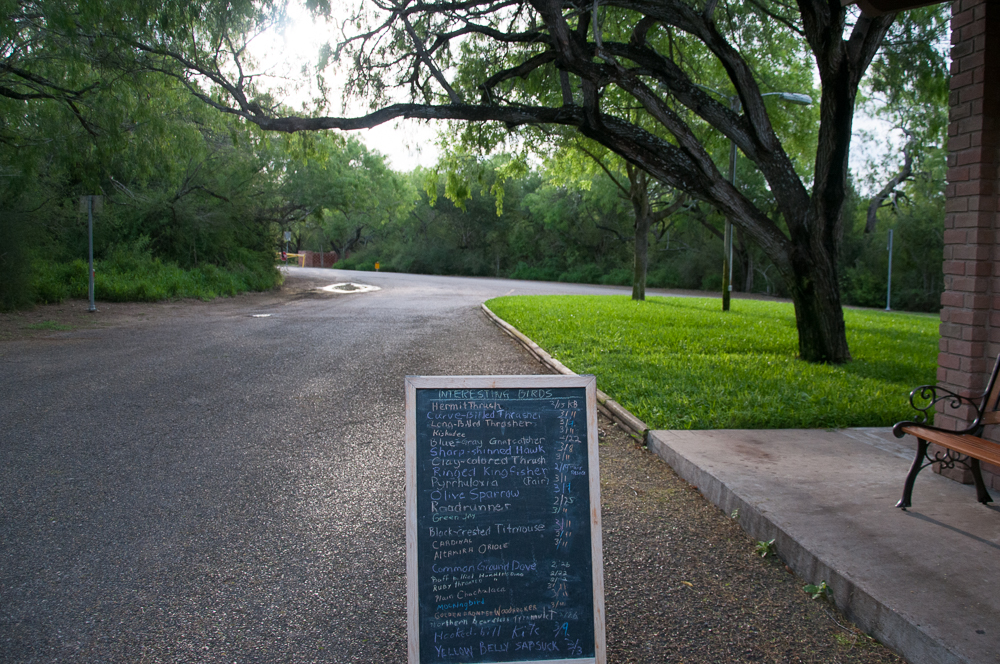 We rode the tram twice: once on Saturday afternoon for the Nature Tour, and once on Sunday morning for the Bird Walk.  Both times, we had the same guide, a ranger named Roy who had some interesting stories to tell.  We did not realize when we decided to do both these activities that it would be mostly the same stories and same tour stops between the two days, but I understood.  He had somewhat of a script that he probably gave day after day in this job, and we were probably the rare visitors that came to both.

I try to find the joy in all experiences, so even when when we stopped for a long time to watch the same bird feeding station we spent time at the day before, I found new things to delight in, like the fact that my two year old could now point out and say “chachalacas” when those heavy brown year-round residents showed up at the feeder, or that instead of seeing a handful of Green Jays like the afternoon before, a handful of Great Kiskadees were present this time around.  I was entertained trying to get pictures of all the characters in this little nature play.  I would just sit on a bench or on step, feeling the breeze on my face and listening to the bird calls, feeling happy just to be out here.

I could tell my ten year old was bored of it, though.  Sometimes he was engaged and listening, but when Roy started into a story we heard the day before, I could hear my son sigh, or see him start circling or flinging his hands around, habits he has developed to “entertain himself”, he says, when he gets bored.  Sebastian was having a hard time with the sitting still, watching and listening part, so this day, Jason just took off down the road on a hike to the Hawk Tower with Sebastian in the backpack, saying we could catch up with each other later.

As we drove further down the road to other feeding stations and viewing areas, I thought about how it was going for Jason and Sebastian.  I knew exactly what Jason would tell me if I asked him how that morning was for him, that the peace and solitude had been refreshing, that the weather was perfect, that he really enjoyed just sitting at the top of the Hawk Tower watching the raptors soar and holding Sebastian in his arms.   At one point, he was mentally considering what he would say to that question, and came up with the same answers.  I didn’t even need to ask him, then, because I already knew.  When we finally did talk about this the next morning, we had a bit of a laugh about this because it is tied to this long-standing joke that we are already in each other’s heads, often thinking the same thoughts or predicting the other’s thoughts with startling accuracy.  I suppose it is something that happens in most marriages. 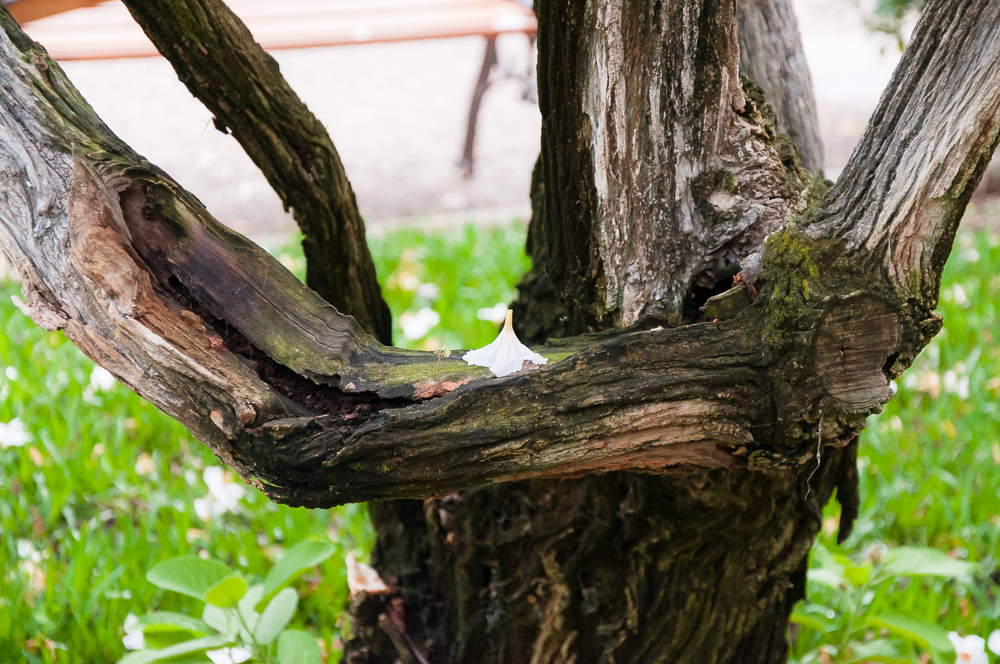 On our way to the overlook by the oxbow lake, we were approached by an older man (looked to be retirement age) carrying a camera with a nice, big lens.  He flagged the tram down, and then started harassing poor Roy about the feeding stations.  He was basically expressing anger that all the feeding stations were not full.  He said he had called the office just yesterday, and a few days ago, to verify that the “provisioners” would be freshening the feeding stations this morning.  Roy explained to him that it was Spring Break, and the volunteers he usually had to do that job were usually leaving the park by this time (“winter Texans”), and that they usually stopped feeding the birds around this time of the year each year because food was plentiful and bird feed would go to waste, so they had only fed at certain stations.  The birds had not been coming around so far even to usual expectations, so feeders had kept seed in them longer than desired.  All these logical reasons fell on deaf ears, as the man remained angry.  He then dismissed Roy with a wave of his hand, saying, “Well, thanks….FOR NOTHING!” 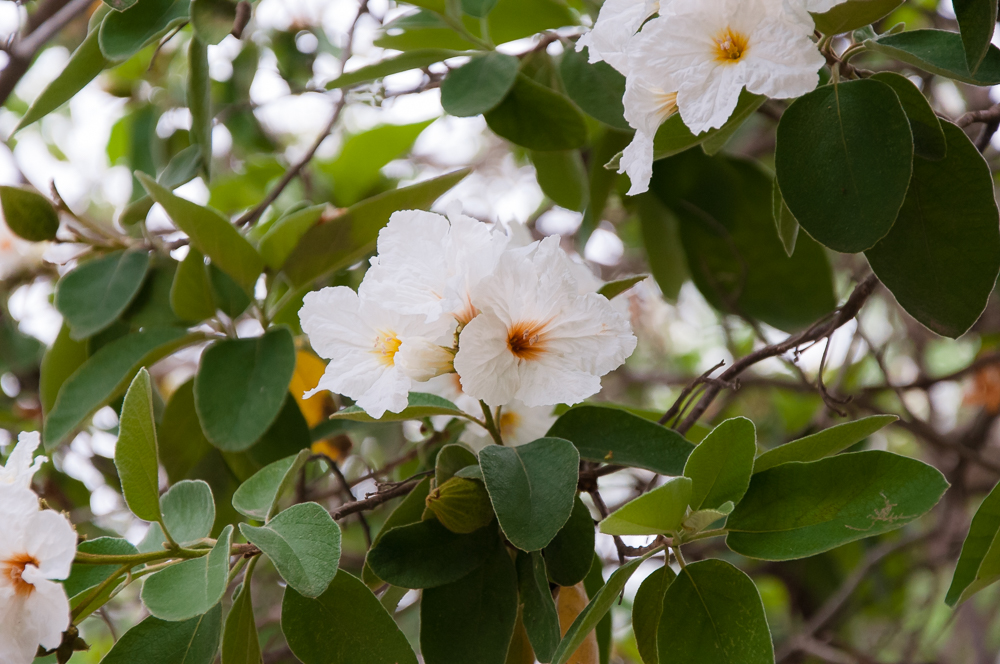 I have been thinking about this man ever since.  My son and I talked about his response.  I tried to get my son to think about this from Roy’s point of view, from the man’s point of view, from our point of view.  We tried to imagine what kind of scenario would even result in that man having the right to be so mad at Roy for that, or so disrespectful that he would stop a ranger in the middle of a tour and give him his piece of mind like that in front of all those passengers.  Could this man have gotten away with acting like the world revolved around him all these years?  Has life never taught him otherwise? 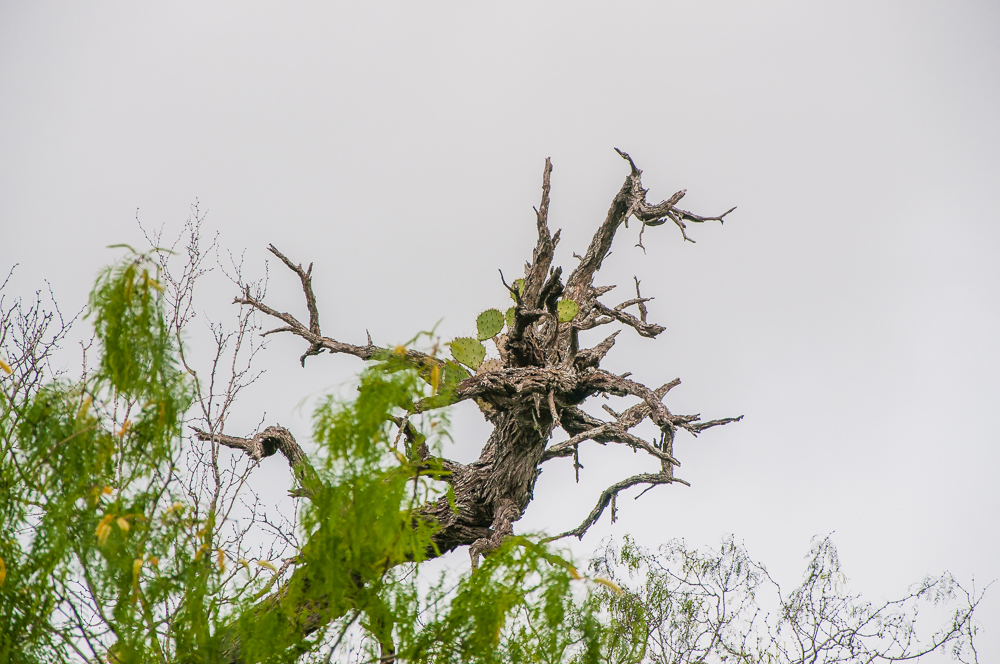 Maybe he spent a lot of money to come to the Valley and had specific target birds he wanted to get, or certain shots he wanted.  Maybe he is a professional photographer and not getting his shots meant he didn’t recoup his trip expenses.  Maybe he is having a Big Year and this just wasted his time because he didn’t see anything exciting.  Does any of that justify his behavior?

I was talking to my son about that side.  I told him that we had spent money to come here as well, and I had target birds I wanted to see.  We were wrapping up our visit out here, and I had only one target bird left unfulfilled (the Altamira Oriole), but I explained to my son that even though we would try to find it in the area by the World Birding Center buildings, and maybe again the next day at the tropical section of Estero Llano SP, if I didn’t see it before we left, I wasn’t going to cry about it or blame it on the rangers for what provisions they did or didn’t leave out.

I felt very fulfilled and happy with our bird count for this trip, despite the fact that rangers at both parks we went to talked about how low the species lists were compared to normal.  Where they usually were finding 60-70 species, we only found 40-50.  Perhaps it is because I am a beginner birder, or perhaps it is because I have low expectations, but I was quite thrilled to have found all the birds we did find.

I think living with the attitude I have will help a person be happier in life than the angry guy is, but I also wonder sometimes if it allows me to accept less than what others would.  I have had a couple people in my life tell me I should be a bigger diva, that I should stand up for myself more, demand more in my life, but sometimes I wonder, if I am happy with this, why argue the point?

As luck would have it, though, right after we talked and as we literally left the paved stone area of the park and headed to the parking lot, I saw the Altamira Oriole I was talking about, feeding in the trees above.  My feeling when I left the park was one of satisfaction, that I had gotten everything I wanted out of it.  I guess I could be more like that dude, but then I would be less happy with life, and that seems like a trade off I am not willing to take just to get my way more often.  I feel like in the end, karma will reward those who treat others (including park rangers) with kindness, and perhaps those dudes who need to chill will find karmic justice for their actions as well.