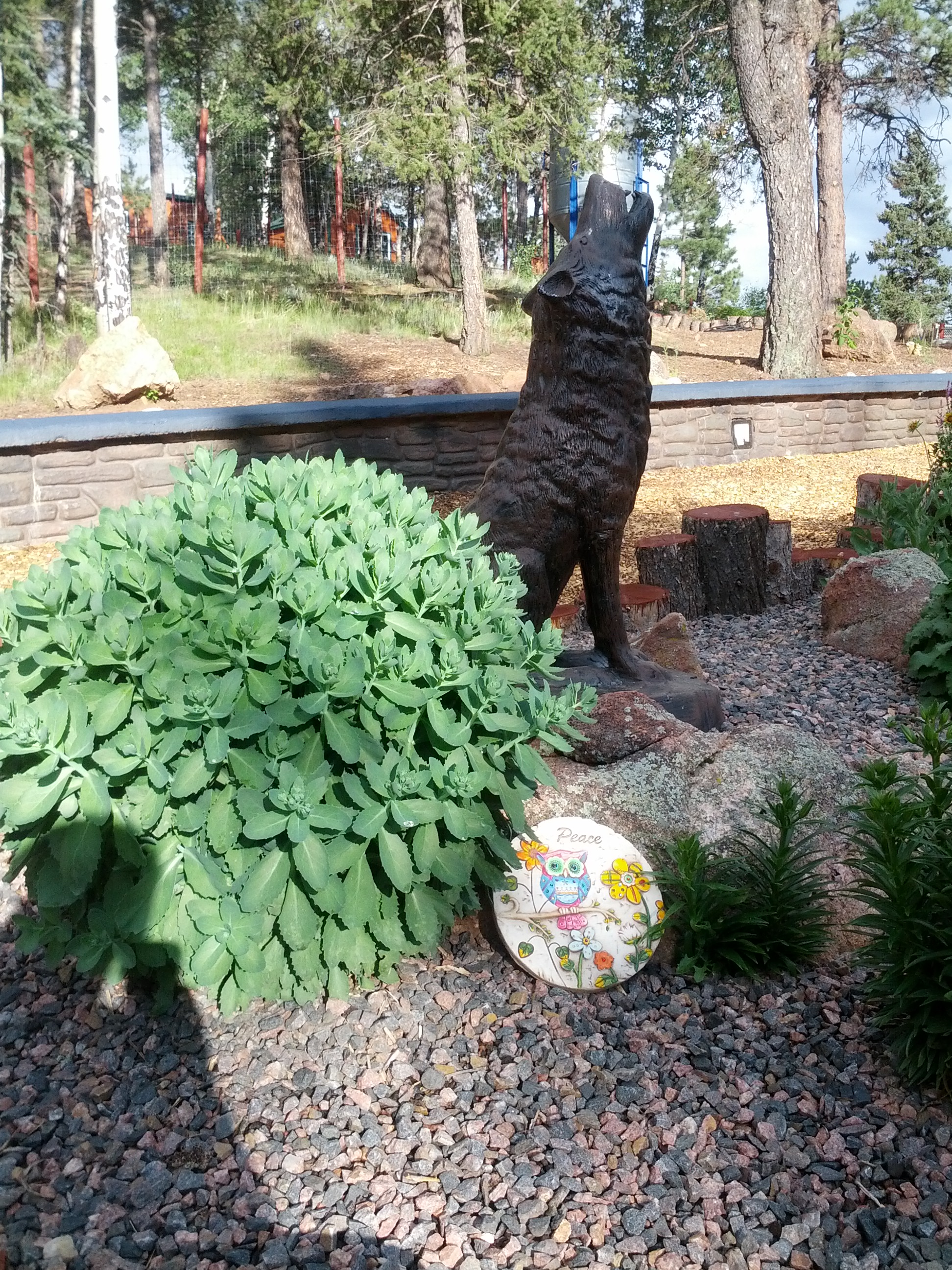 What does the wolf say, when he points his muzzle at the sky?

Is it a call of camaraderie, or a long goodbye?

When those last notes trail off, does he look around for friends?

Or does he know that the bond of the pack never ends?

I wonder if he is thinking of those who passed on,

And that is what adds the forlorn sound to the song

Or is it a solemn celebration, a call for an ally

A communal effort to make the pack rally 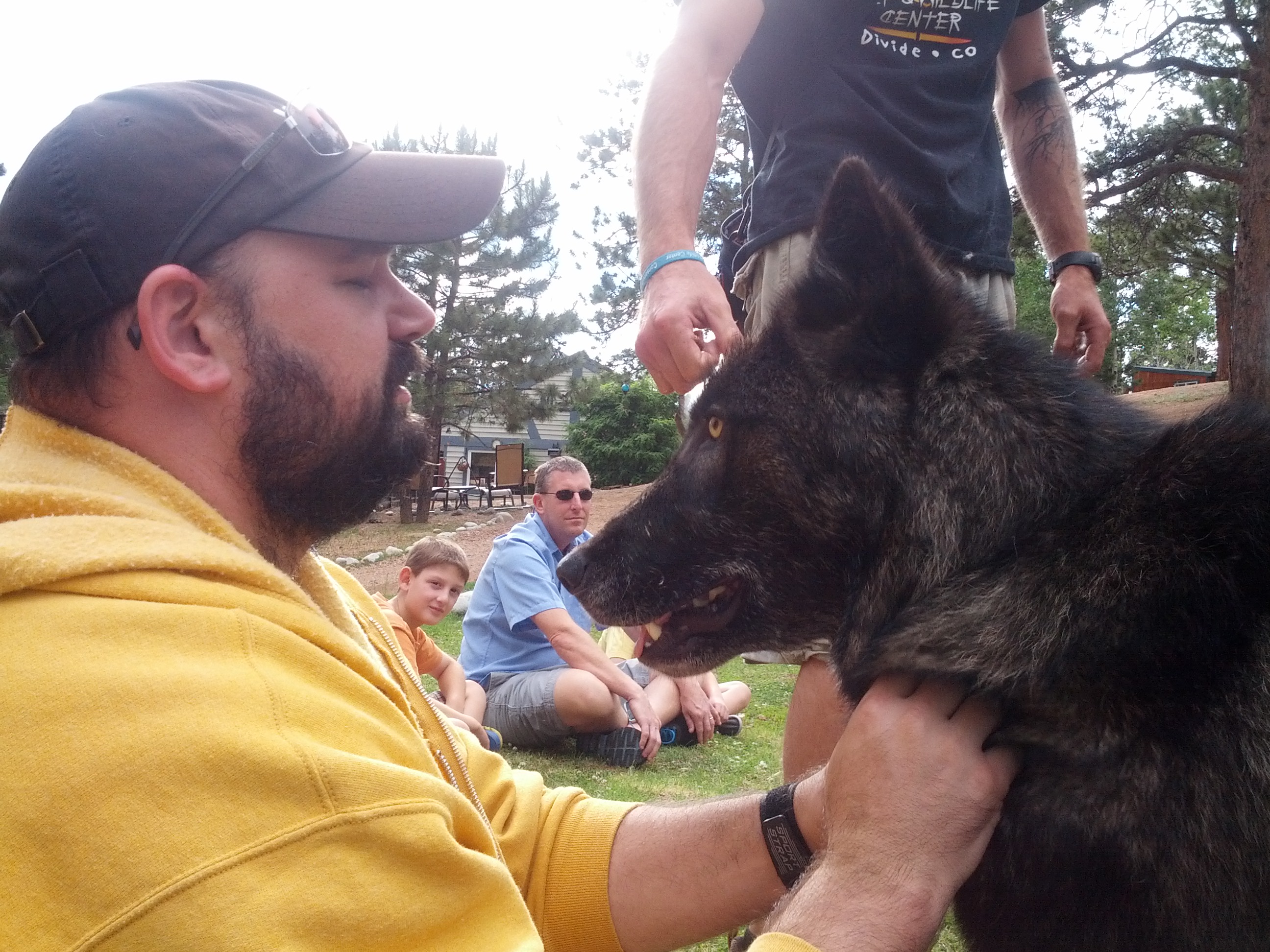 Whatever it is, you can’t deny that effect

Heart beats faster, rising of hair on the neck

A feeling like you are part of the whole

Carrying  friends with you in the depths of your soul

The feeling is overwhelming; to be honest it made me cry

Hearing the sad, sweet songs of the wolves saying goodbye 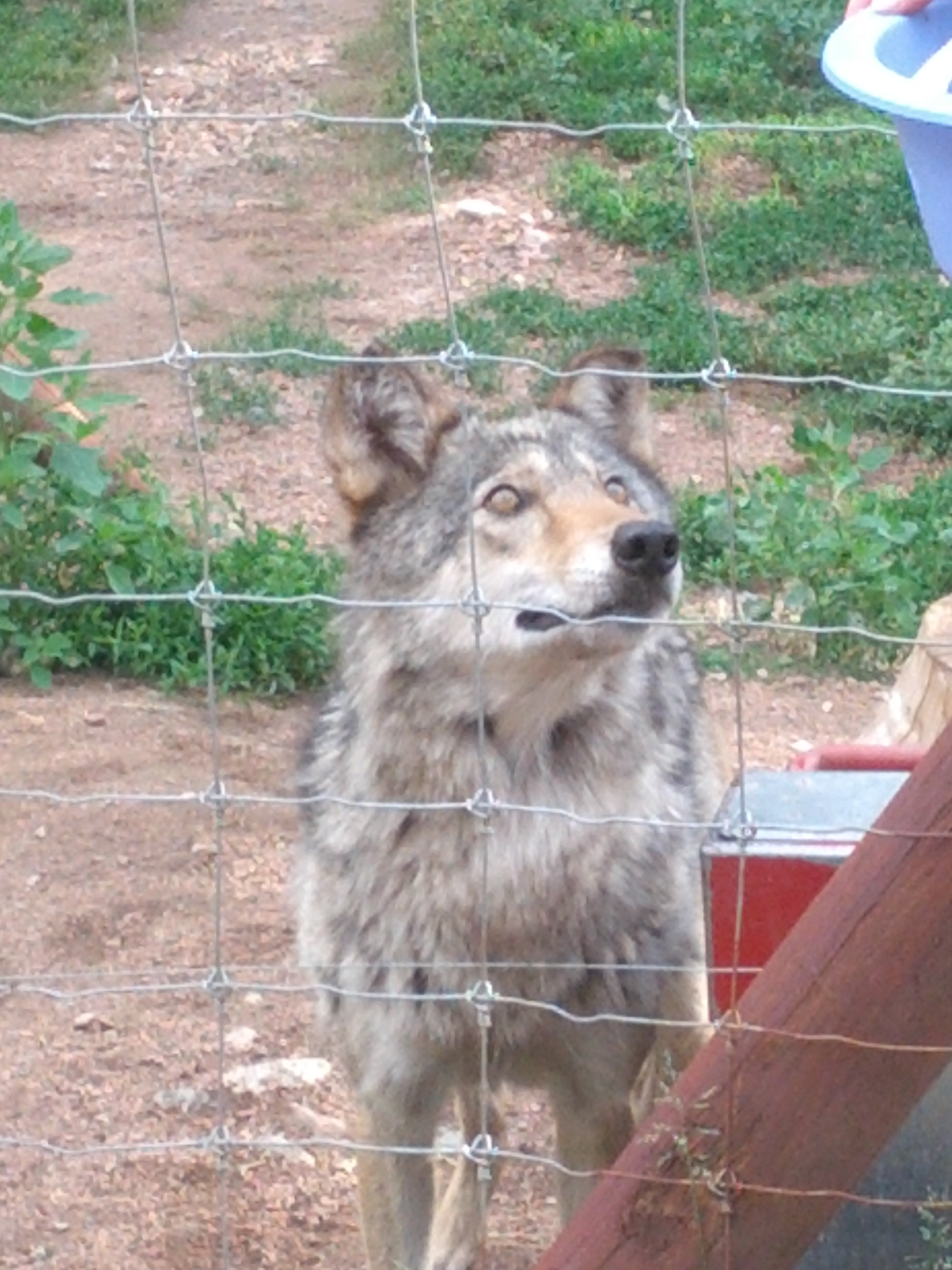 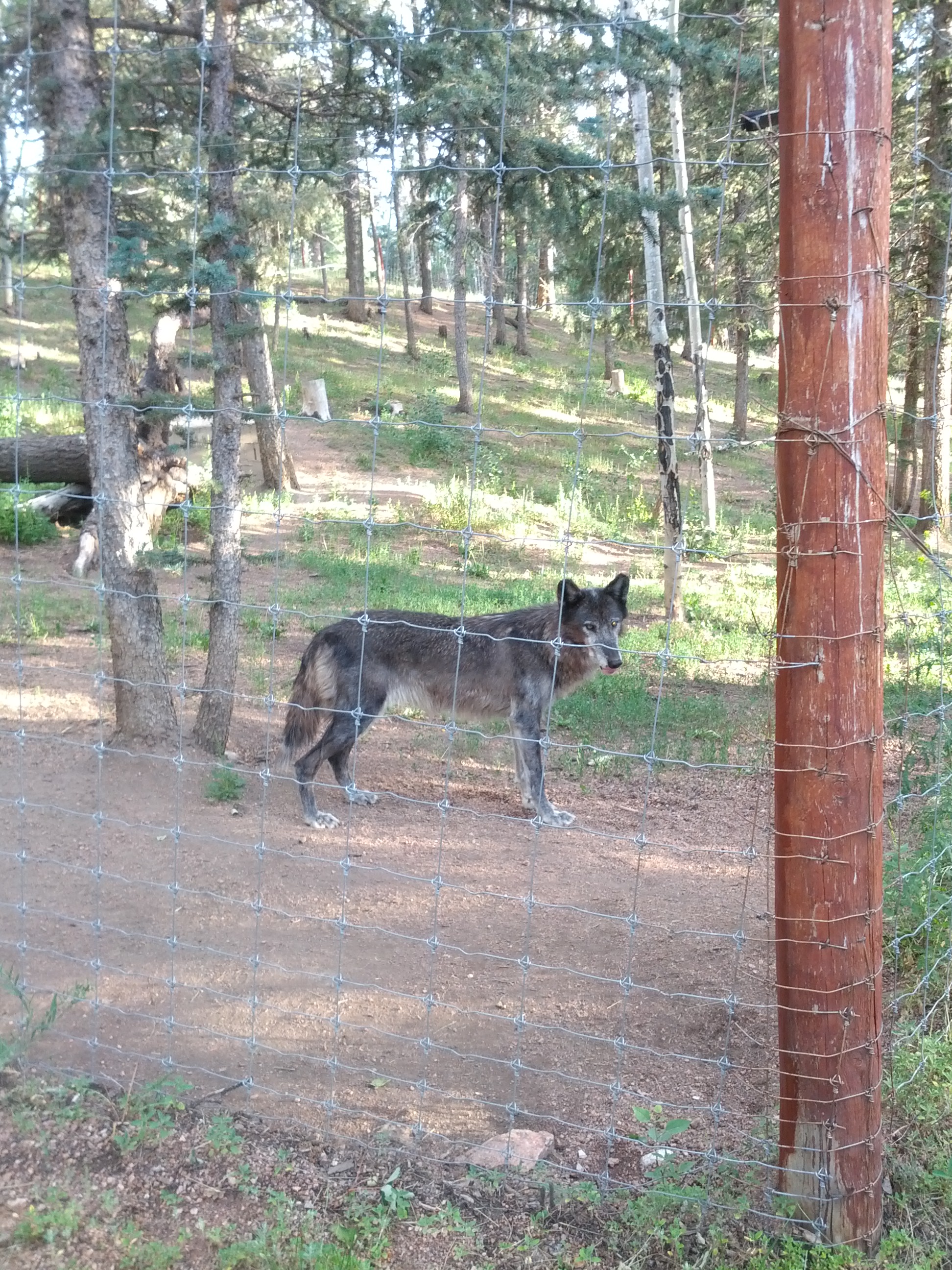 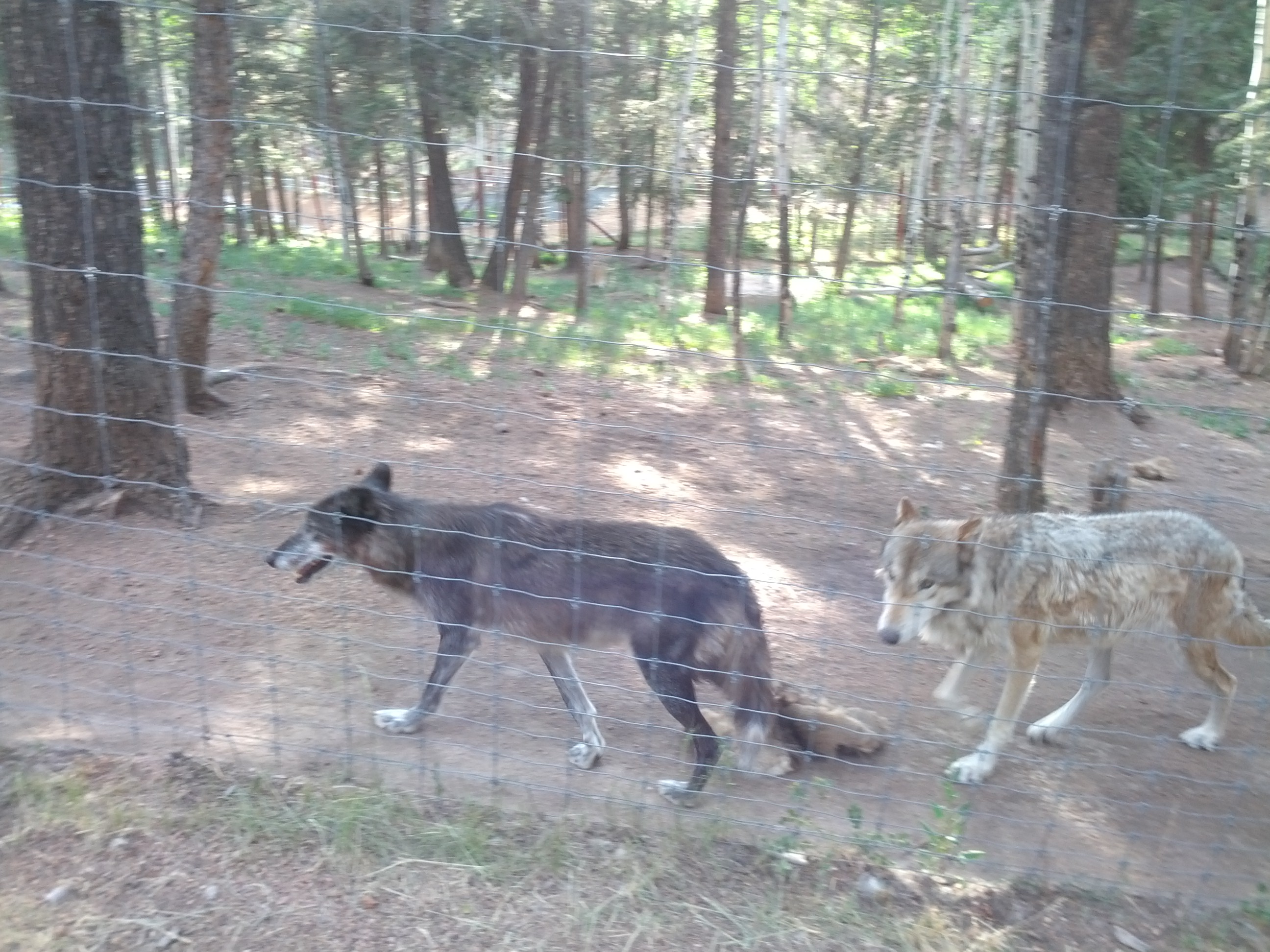 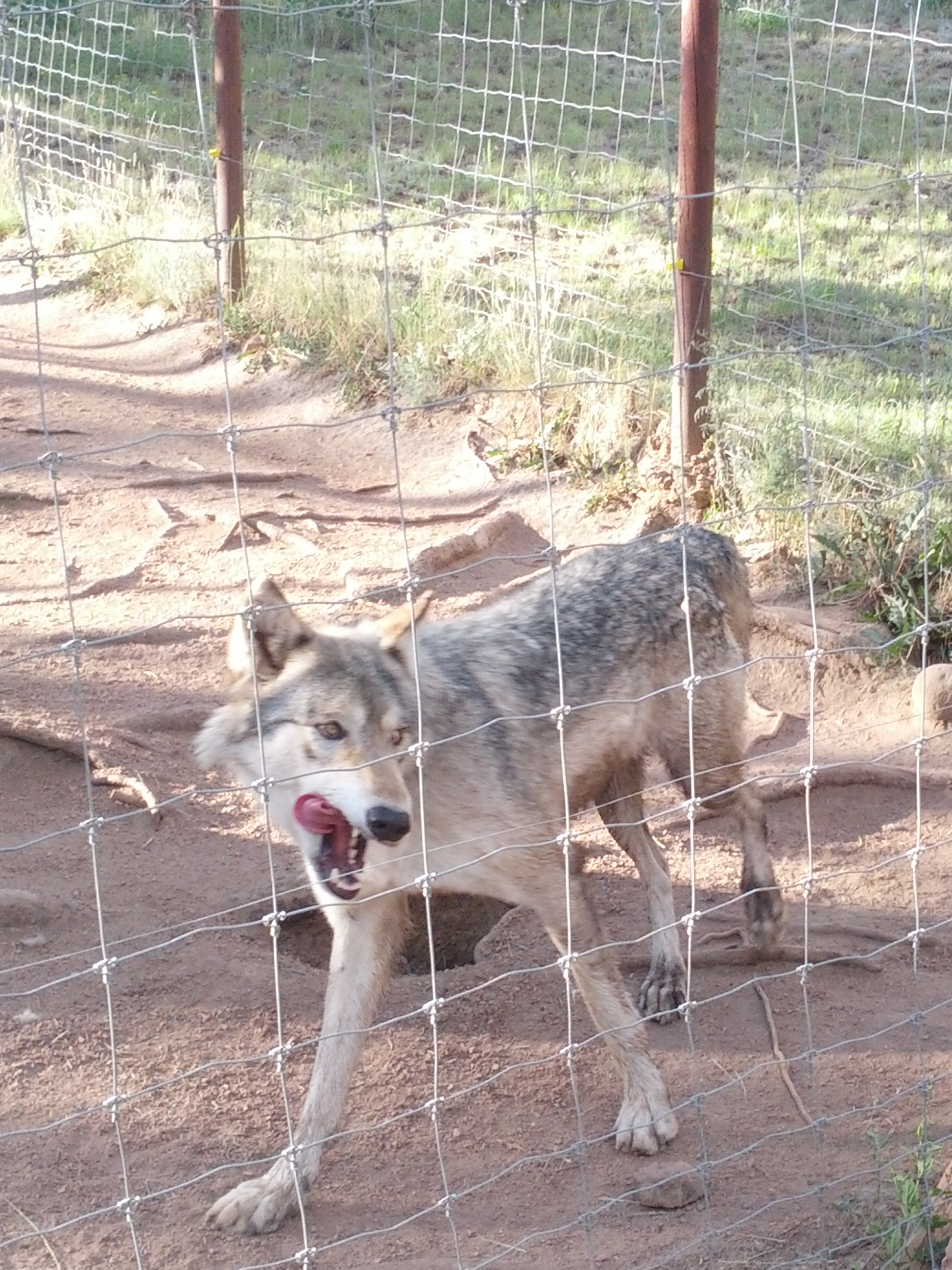 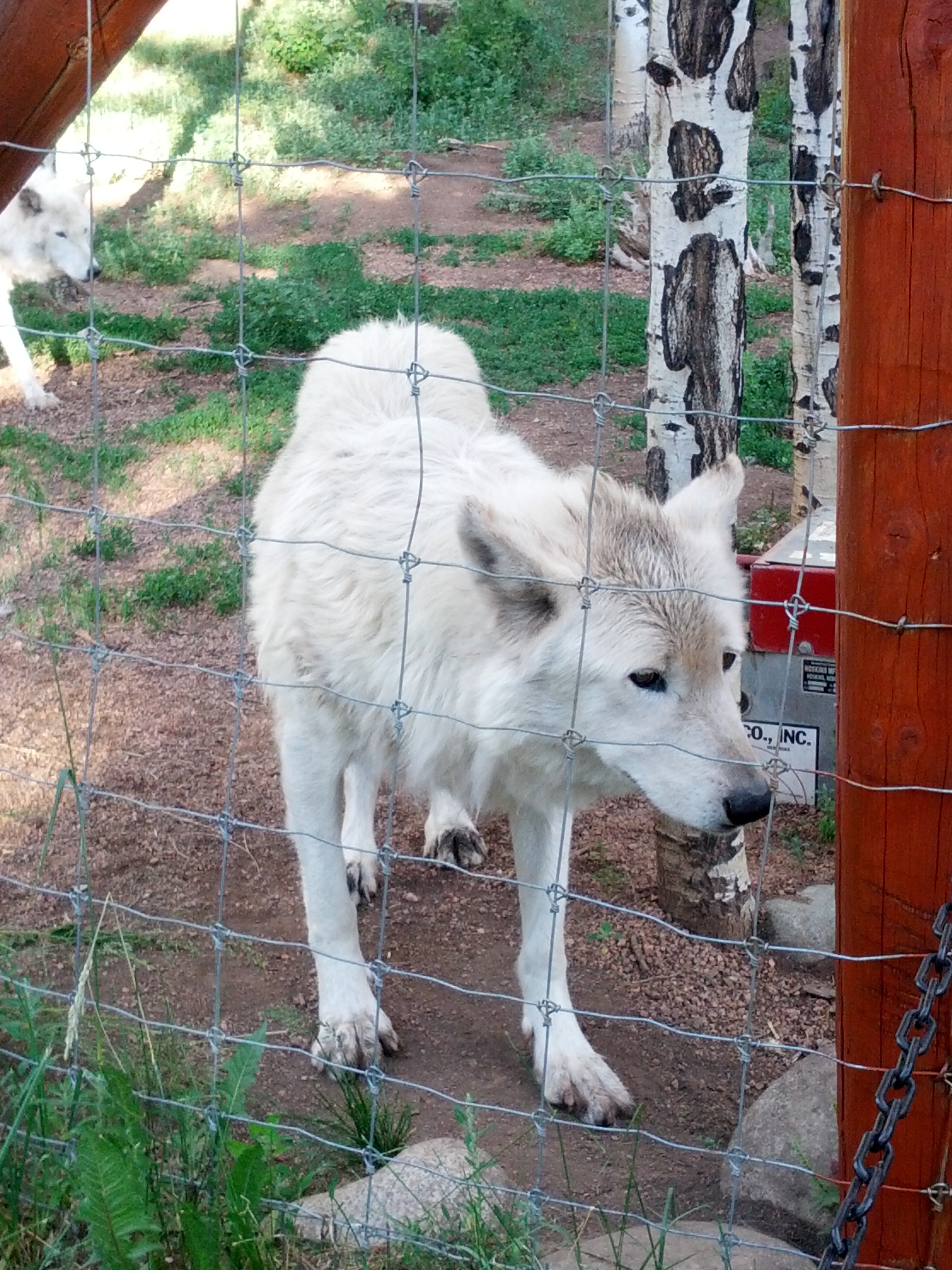 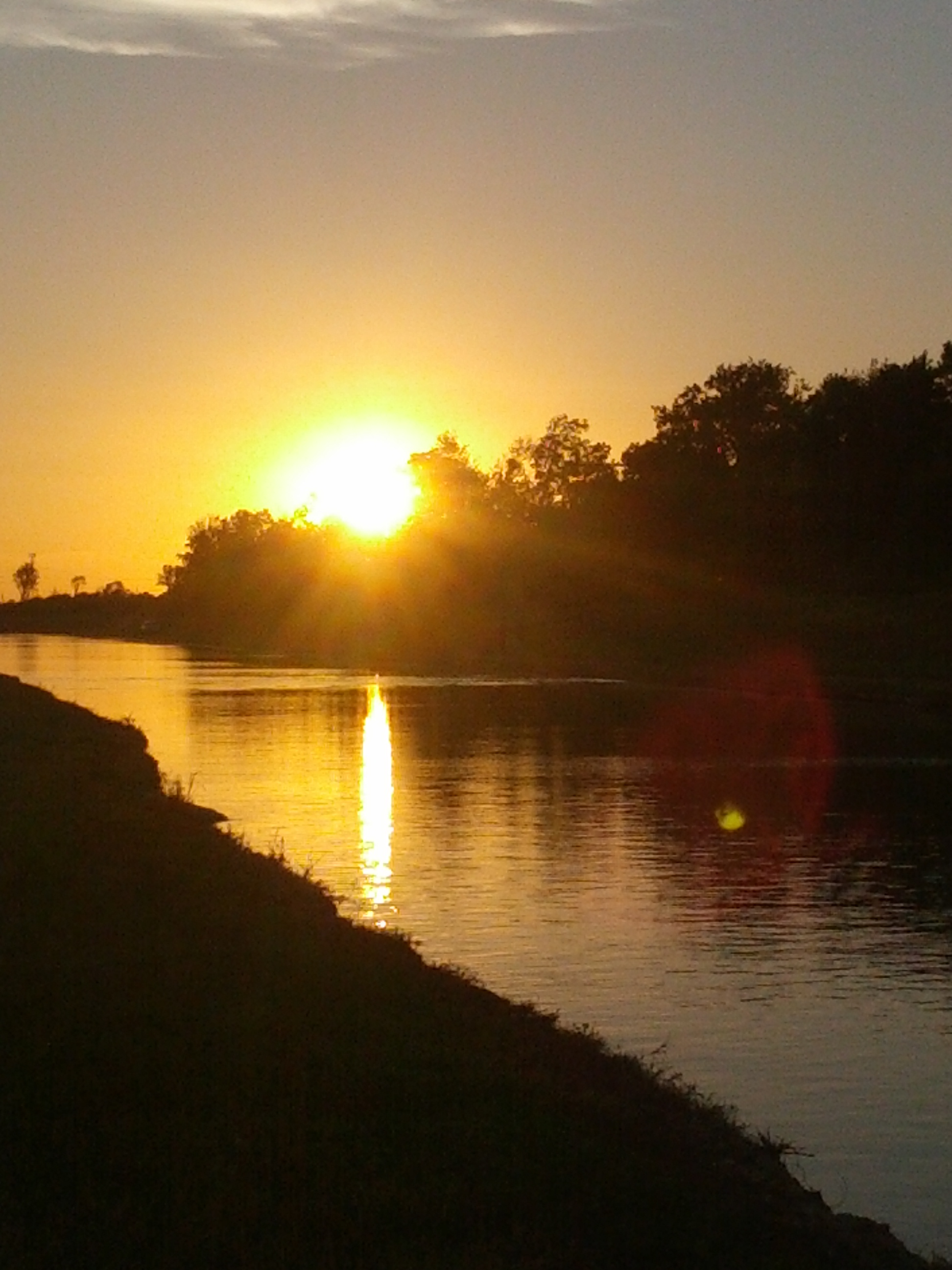 The dogs went for a swim tonight.  The water was a little shallow, maybe a little scummy.  It is possible there was an alligator, we found out later.  We let them swim anyway.

My little son, I’ve been wondering about him.  About six months ago, we had to put down a family dog that had been with our family for fourteen years, which is twice the sum of little son’s years.  The whole sum of little son’s life had taken place beside this dog.  Yet, when we came out of the vet’s office after saying goodbye, we had a moment that I have pondered over these months since.

The older son and I were bawling our eyes out, and this little one tried that with us for a minute or so, and then just opened his eyes and looked at us.  “Do we have to cry about this?”, he said.  We both looked at him in astonishment.  “No,” I said, “you don’t have to.” Then in unison, my older son and I both added, “but we want to!” and kept on bawling while this little son just sat up, relieved.

I have wondered about what this means since then.  J says it is just normal, he is a seven year old boy, they don’t always understand or are in touch with their emotions at this age.  One of my best friends, though, suggested that it is not normal not to cry after losing a family pet, and suggested he might be a sociopath.  “A sociopath?” I asked.  “Oh, don’t worry…not all sociopaths are murderers!” she tried to reassure me.  She said it was just a disorder where people did not have empathy for others and only cared about themselves.

I tried watching him for this, but I wasn’t sure.  I mean, he IS seven – there are times he cares about himself.  But he also does seem to care for others, and he especially enjoys the pets at the house.

As we were walking, the dogs came running down a hill, and there was a bird walking around on the path.  The bird was making a lot of noise, but didn’t fly away as the dogs ran past it.  The Lab jumped in the water, but the Aussie stopped to check out the bird and considered mouthing it for a minute.  I told him to leave it alone, and he did.

Then my young son came running down the hill towards the bird on the path. “Be careful of that bird,” I said to him, “I think it is hurt.”

“I know, Mom,” he said gently.  He just wanted to look at it.  “It has a broken wing,” he observed.  He watched it run up the hill, towards the comfort of overhanging brush.

“I feel bad for that bird,” he said, turning back towards me.

And then I knew that there was nothing wrong with him.  That he was just a normal seven year old boy.  Maybe he didn’t experience his emotions the same way that day with Rascal, but he was capable of caring about others.

I asked him about that day with Rascal, why he didn’t cry. “I just didn’t understand why were crying over that,” he said.  “Were you sad?” Yes, he had been sad, he said, but it made sense.  Rascal was hurt, and then he wasn’t hurting anymore.  He misses him, but it made sense.

Now, my Aussie, who had spent the whole sum of his life as well (except for a few months as a pup) next to Rascal, also had been adjusting to life without his dog brother.  The Lab as well had lost her life partner, our other Lab, last fall.  The past six months, we’ve seen their relationship dynamic changing.

At this moment, it was sinking in to the Aussie that the Lab, as well as two of his people, were on the other side of the retention pond.  As much as he didn’t like swimming, and had resisted thus far on the walk, he finally couldn’t stand the separation from her, and jumped in to swim towards her.  She saw him, and jumped in to and swam out to him.

They met in the middle, nosed each other, and then she swam with him back to the side where J and my older son were, being his moral support for his swimming fears.  It was the sweetest thing.  I tried to get a picture, but all you can see here is the sun setting.

The sun setting on the sweetest thing you couldn’t see; a bird escaping to live another day, a boy who really was just a boy, and two dogs who’ve learned to love and support each other after their respective partners have passed away. 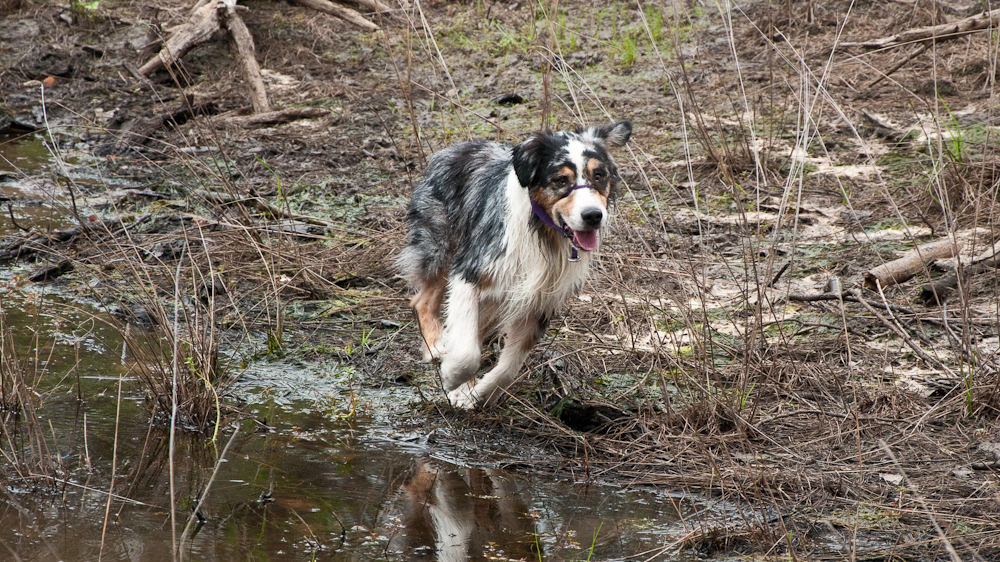 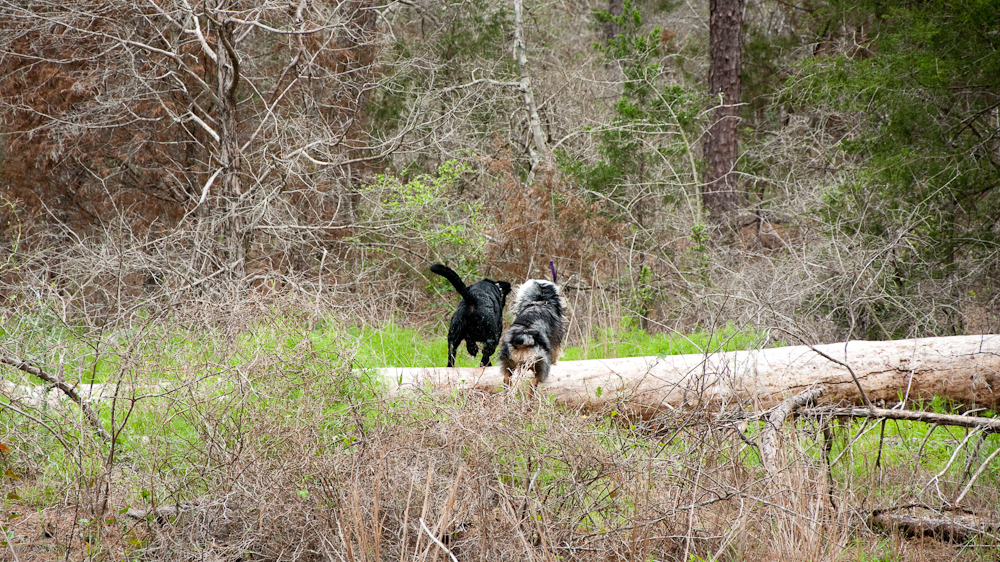