My best friend and I were looking for a place to take the kids last Sunday where we could all enjoy the outdoors and also find some wildflowers off the beaten path to take the obligatory kids-in-bluebonnets pictures that it seems like everyone who calls themselves a Texan has to take at some point.

I decided to pack us a picnic lunch, and borrowed my parents van for the day so that all six of us could ride in one car.  Jen and I and all four kids were like a mobile party on wheels heading northwest from Tomball.

First stop:  this field off 362 just north of Route 2 (north of Field Store, south of Whitehall). Last week when J and I stopped here, we had the place to ourselves at first, but this time, already there were three families there.  We headed further down the country road (turn right at the “fresh farm eggs” sign and continue on down past the third or fourth house.

Here are my favorite photos from there: 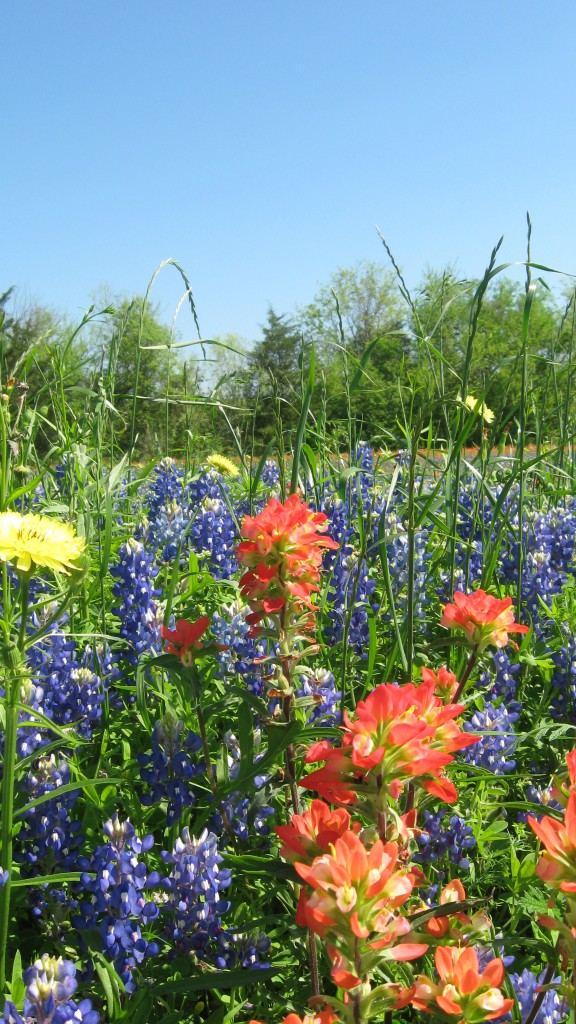 After this diversion, we continued on our path to visit Washington-on-the-Brazos State Park, “birthplace of Texas independence”.  This location was the original capitol of Texas, and during Texas’s Battle for Independence from Mexico, the fledging government’s leaders were gathered here in a small log cabin, hashing out the details of the Declaration of  Independence that they all eventually signed after 17 days, and which remains on display in the museum here.

This park offers a sample of Texas’s past through its Barrington Living History Farm.  We made our way through this farm with the kids, after having a (hot) picnic lunch at the picnic area in the park.  Families with kids be aware: although the playground at the picnic area is a nice feature, there is little shade in this area (well, especially following a drought year), and all the playground equipment is metal, including the slide.  Hot sun plus metal slide can equal burned butts.  But….luckily our kids were smart enough to think about this and we didn’t have any incidents ourselves.

The Barrington Living History Farm is also bereft of shade, although if you stand in the dogtrot of the main family house, a cool southeastern wind is much relief.  Even on this lovely spring day, the temperature was almost into the nineties.

The first thing we checked out was the barns, corn cribs, slave quarters, and animal shelter areas of the farm.  We learned a lot of facts about oxen, hogs, life in the mid 1800s.  Costumed volunteers helped history come alive by involving themselves in pastimes of the age.  One man was carving wooden spoons, while another was cooking ham and beans over a cooking fire and drying venison jerky.  After this, we went to the main house, where Jen watched a sewing display, and I watched the kids who were watching a couple of musicians play songs of the day, and teach them the difference between modern instruments and their old fashioned ones.

After this, we went to the Star of the Republic Museum.  The favorite part of the museum in the kids opinion was the Discovery Center.  We spent quite a bit of time in here, assembling a faux log cabin  out of giant foam “lincoln logs”, learning about ancient medicine, playing with puppets, and playing with antiquidated toys and musical instruments.

Here are some of the favorite photos of the day: 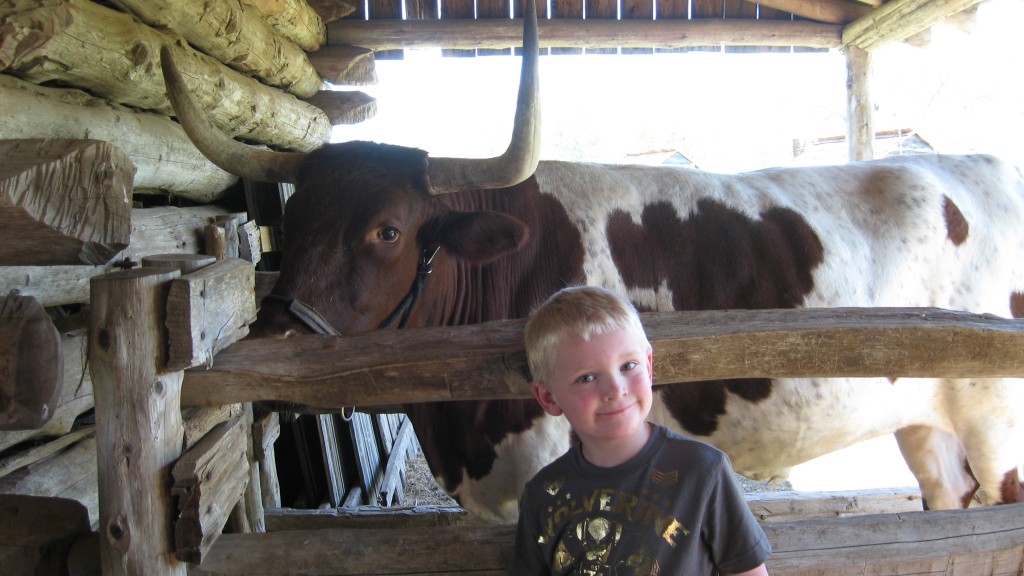 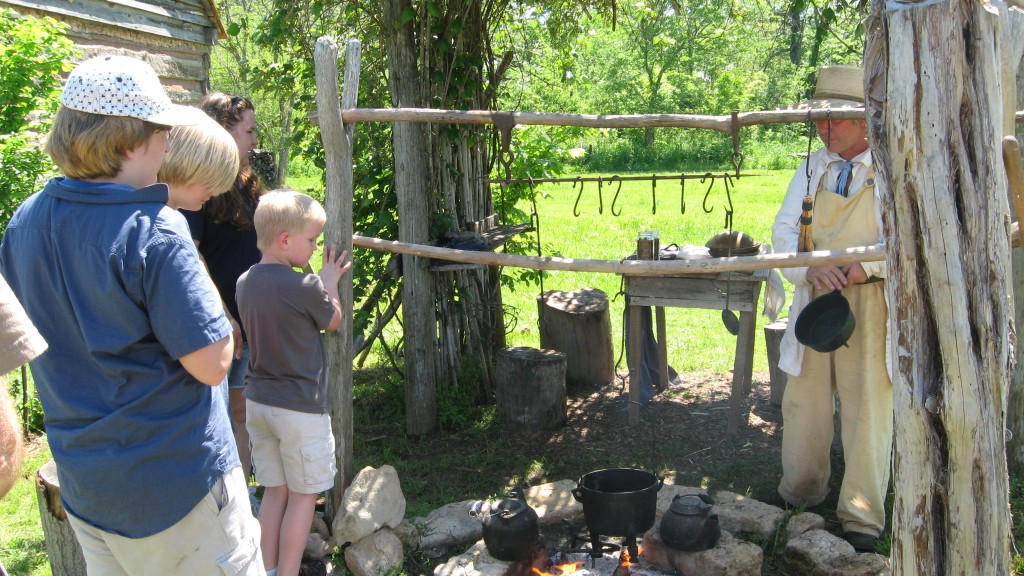 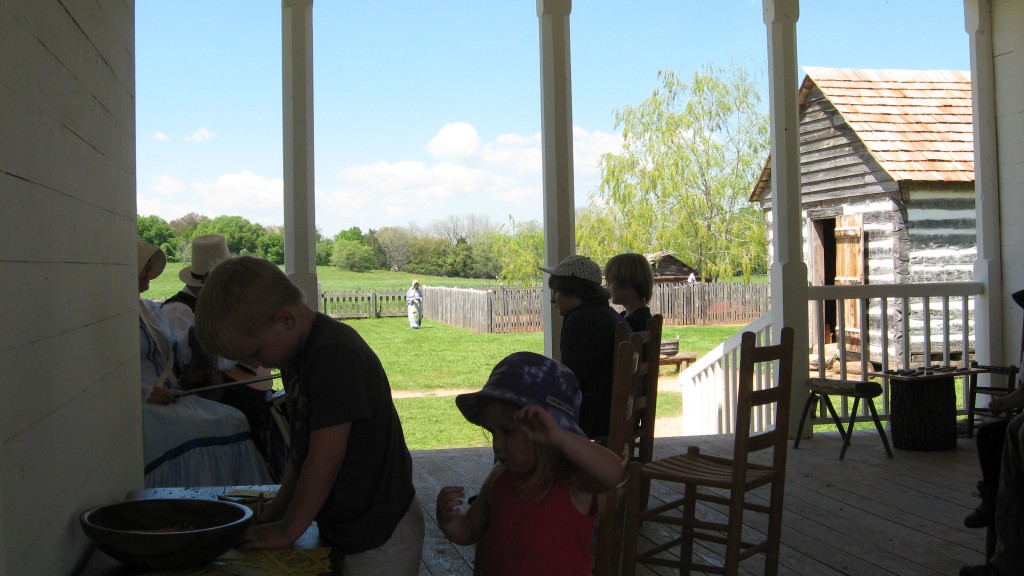 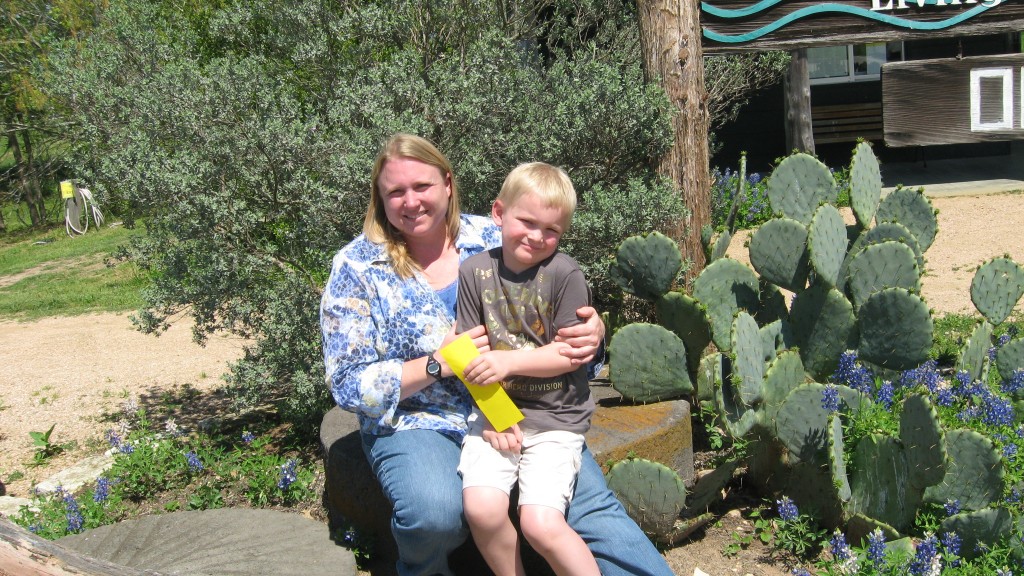 All in all, it was a very enjoyable time with the kids.  I would recommend this park as a great place to enjoy the spring and fall months (although it might be a bit hot in the summertime).  Right now is a great time to enjoy this park, because as you can see in the picture right here, the bluebonnets are blooming in the park (and allegedly, some rare white bluebonnets or even indian paintbrush may be found in the park as well).

One thought on “Bluebonnets and Washington-on-the-Brazos State Park”