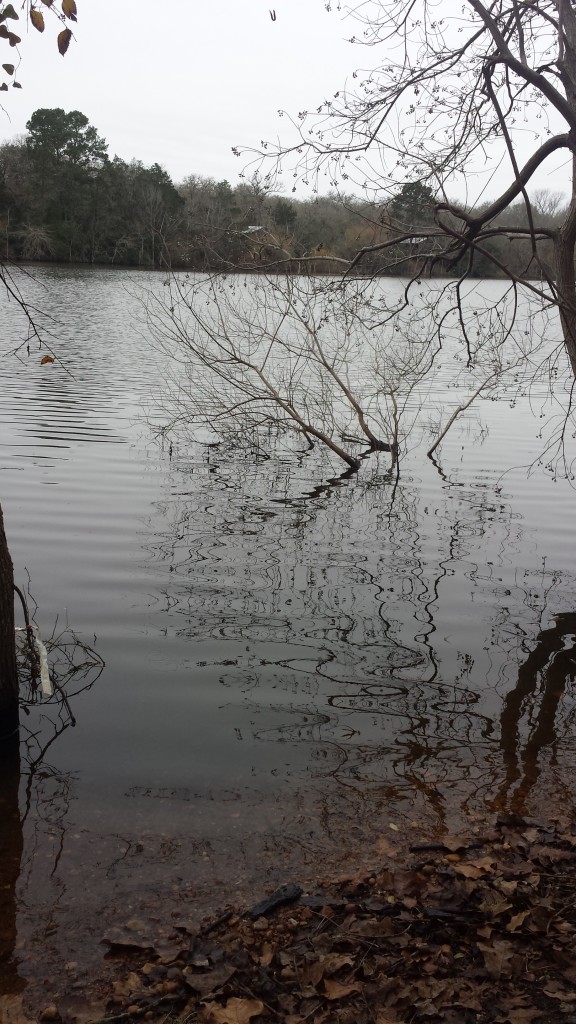 It was the first Saturday morning of the year, and I was sitting on a small mound of dirt, just to the right of a tree root.  I was watching the water slowly lap at the edge of the lake, and contemplating what it really meant to know a place.  I wondered if the park rangers or perhaps regulars to the campgrounds get to know the patterns of place so well that they can recognize subtle changes.  We explorers thrill on the novelty of finding new places, buzzing about like bees, taking the best parts of places and spreading it around to our friends.  There are those who get to know a place intimately, though, and through repetitive experiences, like long term live in relationships, they get to know the nuances of a place, which may in some degrees be sweeter and more meaningful than only catching the highlights.

This morning, I had gotten a little taste of the patterns of this place just sitting and watching for an hour or two before anyone else woke up.  I arose when I first started hearing the soft little whistles of the cardinals.  The cardinals are the ones who usually first greet the day in the state parks in our area of the world, the first ones most campers hear.

On the way to the restrooms, I noticed a flock of Cedar Waxwings, my first of the season, taking over an entire tree.  I heard some loud wuk calls that I later determined to be coming from about four or five Pileated Woodpeckers who flew from tree to tree along this edge of the lake, then sometimes crossing the lake and flying from tree to tree over there.  Oddly, the bird checklist for this area lists this species as “uncommon”, with an asterik noting “nesting”, but I wonder if the recent fire in the area has impacted their range.  They prefer dead, dying, and downed trees, and there are plenty more in this park now than previously.  The damage from Hidden Pines fire of a couple of months ago has closed most of the trails in this park, and they are not expected to reopen for another several months. 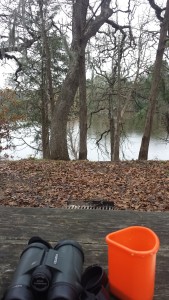 I made a morning coffee and sat at the picnic bench with my binoculars. Crows competed with the woodpeckers in a cry-off contest, making so much noise that I wondered how the others were sleeping through it.  Then the warblers showed up, with their little tweets and feeding frenzy:  Yellow Rumped, Pine, what I think was a Northern Parula although the list doesn’t show them as winter birds here.  A couple of different woodpeckers showed up:  the Red Bellied and Ladder Backed.  Then after that, nonbreeding plumage American Goldfinches came, feasting on little thistles, and then the area was completely taken over by the Cedar Waxwings.  Once the waxwings left, chickadees and kinglets came in. It was like as if somewhere out of sight an usher pointed to each group like tables at a banquet, gesturing that it was their turn to step up to the buffet.  I wondered how they established which groups came at each time:  if it related to light, timing, temperature, etc.  The next morning, I expected to see the same pattern, but didn’t.  I didn’t even see the same kinds of birds the next morning, seeing instead hawks, herons, sparrows, a Northern Flicker, Eastern Pheobes, and Tufted Titmouse.

This time to contemplate and record observations would probably not have been possible if I had my baby with me.  Jason ended up having to stay back with the baby and the dogs for this camping trip due to one of the dogs having gotten injured at the last minute before leaving Friday morning, too late to back out of the reservation.  It would have been pretty cold to have been camping with a baby in these screened shelters we reserved, with little insulation from the heat.  These are pictures of the one we stayed in: 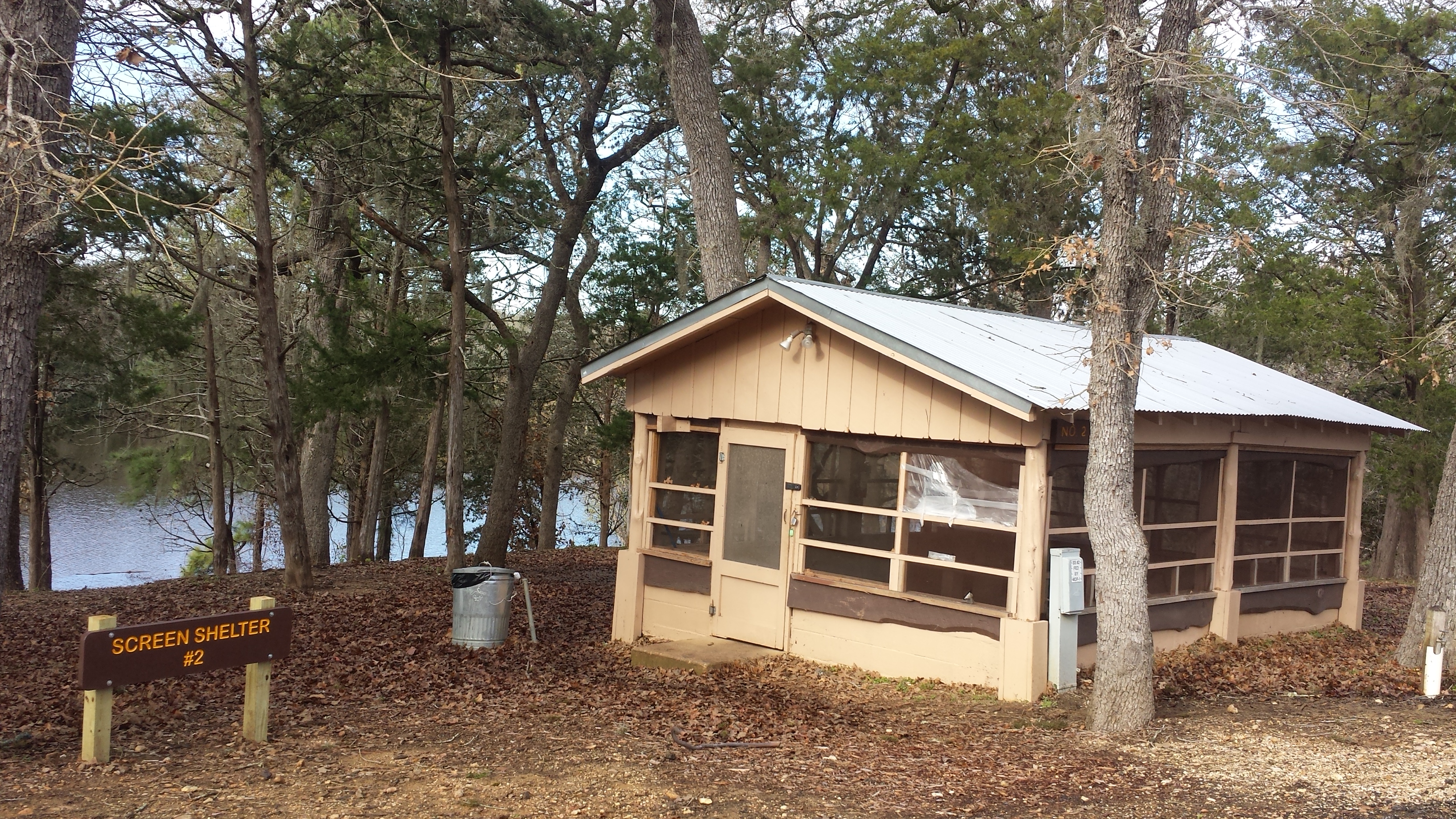 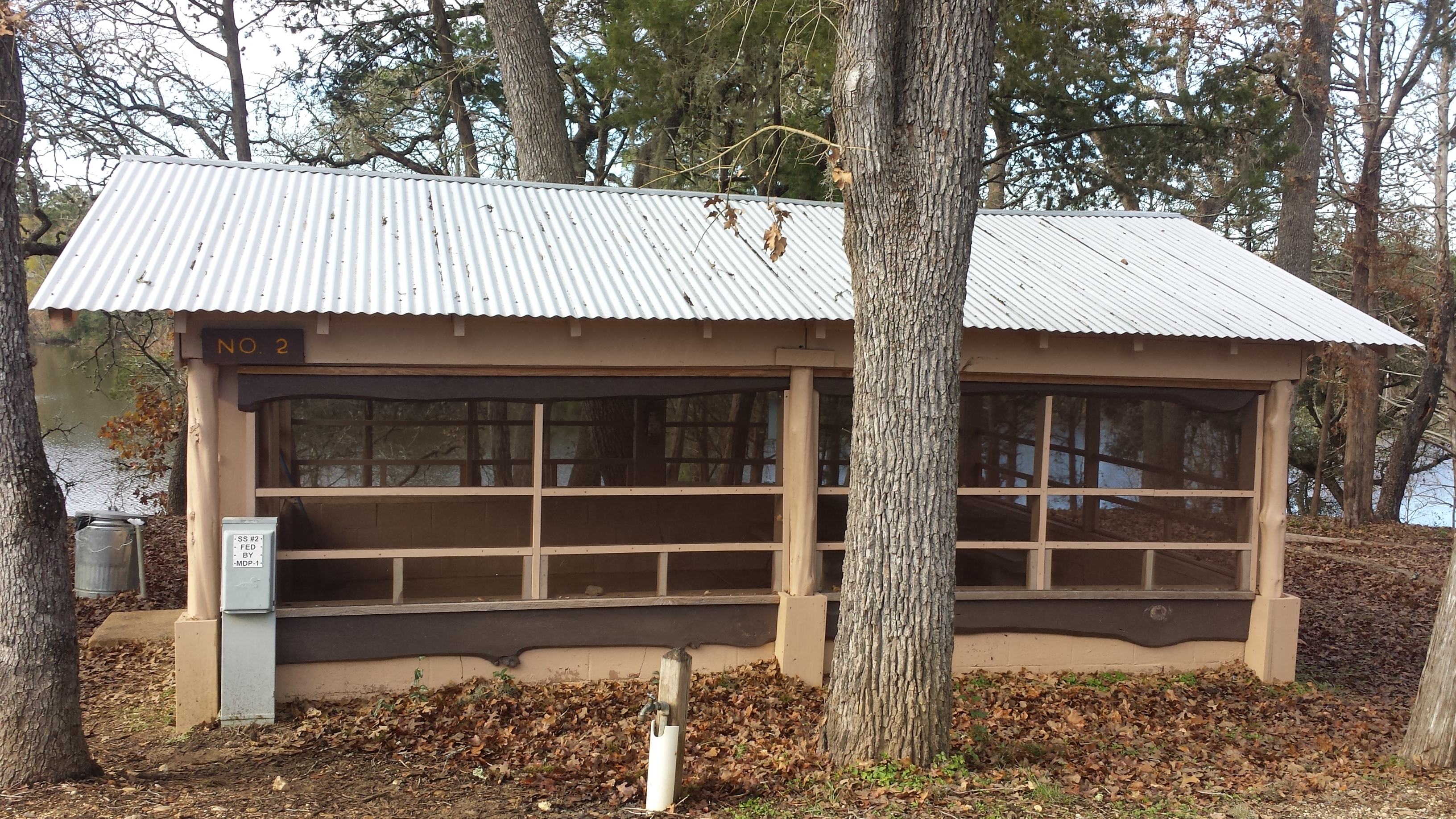 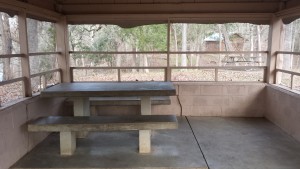 Next time we come to this park to camp as a family, especially in winter, I think we will reserve either one of the the premium shelters or one of the mini-cabins. The mini-cabins are heated and have bunk beds, as well as little porches that look out over the lake.  They are $75 a night, compared to $45 for the premium and $25 for the regular screened shelters.  Below is a picture of premium shelter #1, which would be the best one to rent: 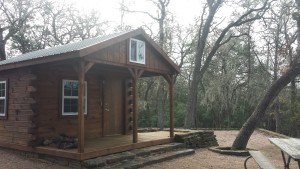 Despite most of the trails in this park being closed, we still found plenty to do, even though we didn’t do it all.  Someday I want to come back here and go canoeing in the lake.  We found some geocaches along the Winding Woodland Trail in the park until we reached the closed section.  The girls hiked in Bastrop SP, and the first day of the New Year, so did my oldest son and I.  The boys tried their hand at fishing and just ended up cold and frustrated with it, but I think they had fun anyways.  We had two good fires both nights, the second night being the most surprising since it rained pretty good for about two hours before we got our fire going.  My son impressed me with his fire skills, as well as his storytelling abilities.  I am so proud of the young man he has turned into, and I love it that we had this experience where I got to see this side of him.  All in all, we had a great camping trip, despite the weather.

We’ll be back sometime soon, Buescher, we’re not through with you yet. 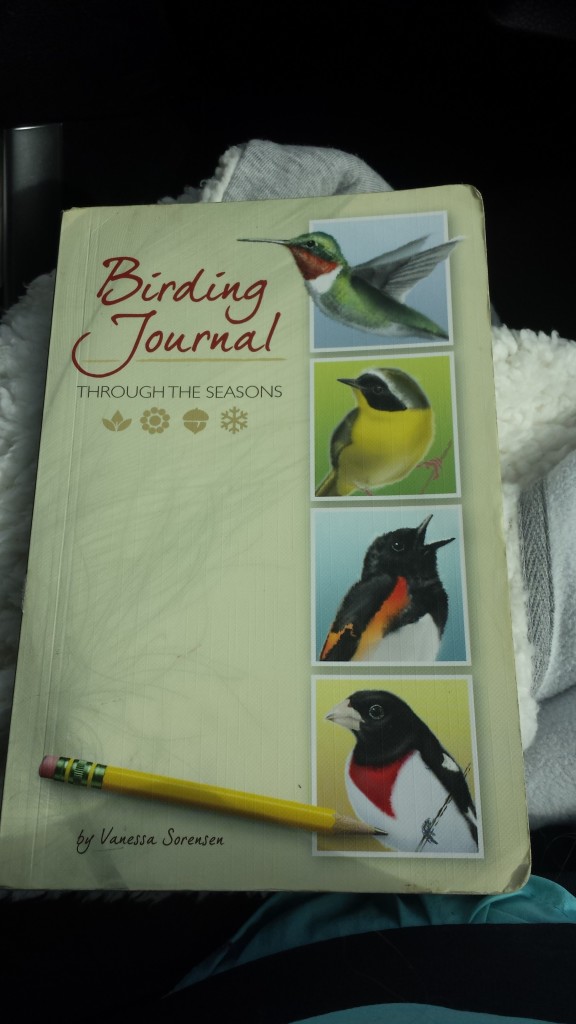 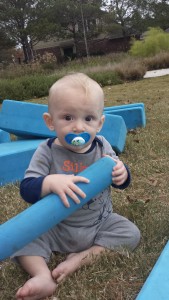