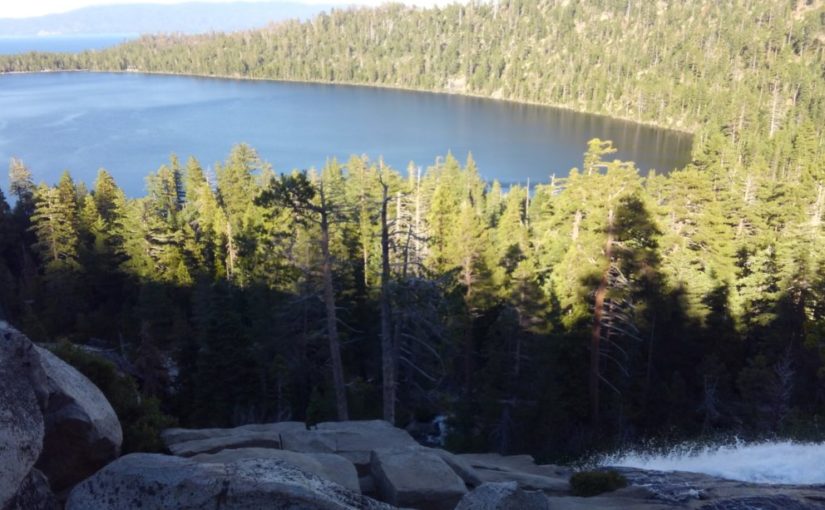 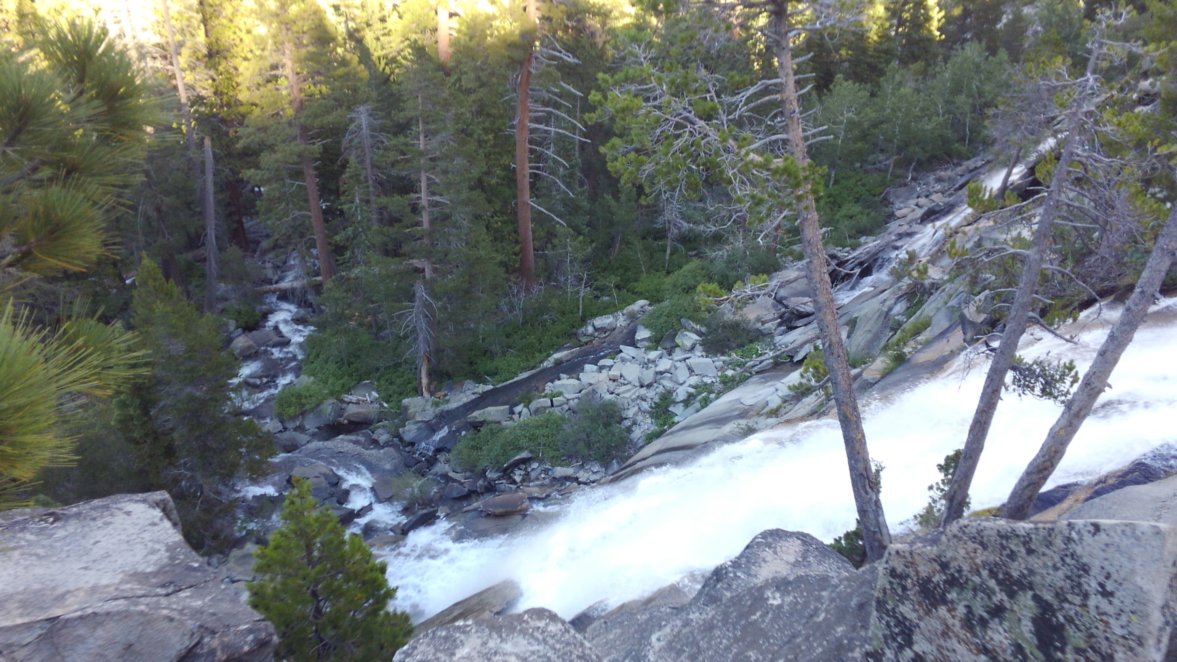 I found myself with some time to myself on the back end of a work trip to Reno, about 23 hours worth. I decided to use that time to explore the Lake Tahoe area, a place I had heard mentioned so many times but had never been.

If you have never been, you should go. I don’t care who you are, you should go. I made some loose plans and didn’t have an expectation of what I was going to see, so all things were a marvelous discovery, from the drive in (after a sideline journey through Carson City) along the Clear Creek area that follows along Hwy 50, a road that wraps around a mountainous grade, to the picturesque drive through Zephyr Cove.  My hotel wasn’t much to rave about (Howard Johnson), but it was walking distance to a public beach access. 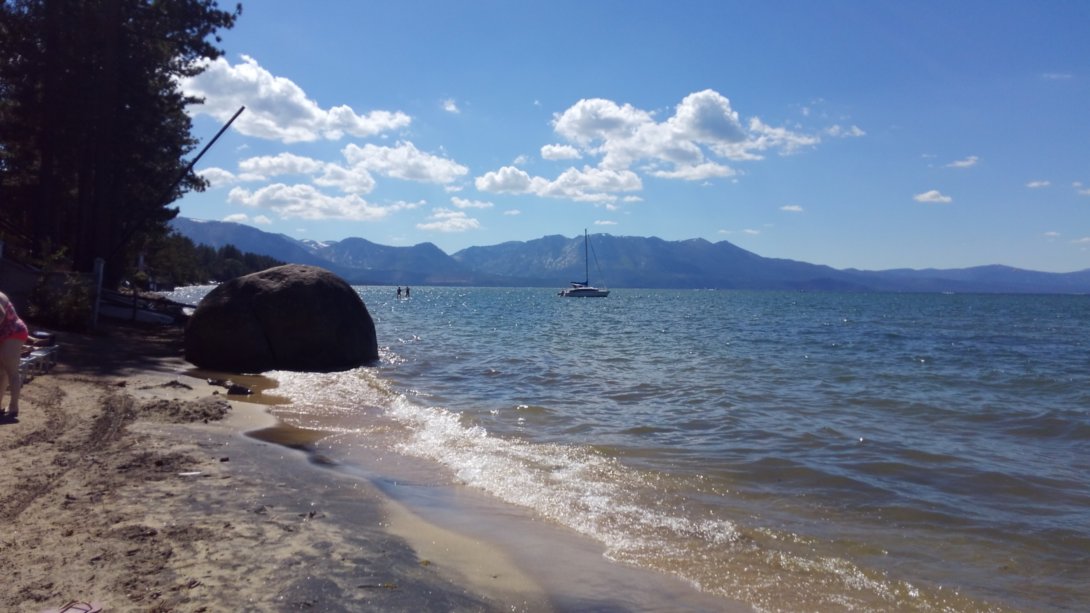 I checked that out first, and was brave enough to enter the cold, clear water.  I floated around a bit, marveling at the mountains around us and how relaxing it was there in the water.  I could have stayed longer, but I felt a pull to go hiking or at least geocaching up in the Emerald Bay area.  So after about 45 minutes at the beach, I got out of the water and changed my clothes into something dry and headed out that direction in my rental car.

I drove out of the touristy area that included little shops, hotels and restaurants, and headed further down a road that turned into more of a camping and outdoor recreation area.  Bear signs started to appear, and hiking and biking trails looked like an inviting place to explore.  Signs about Pope Beach and Baldwin Beach beckoned, but I was on a mission to get to a couple of geocaches with high favorite points. 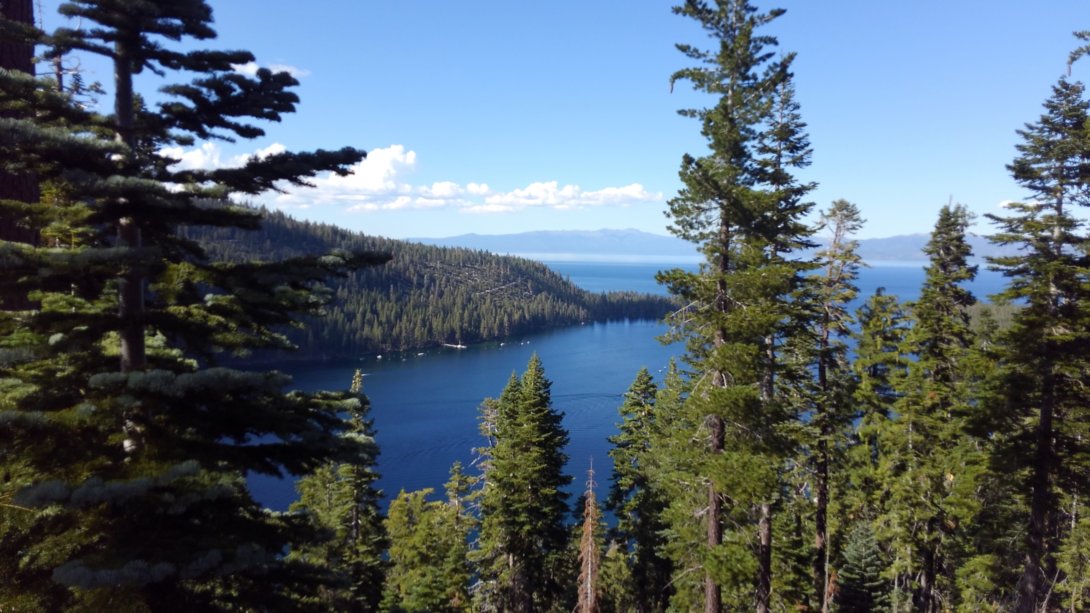 One was a virtual at the Emerald Bay overlook.  This view was so beautiful, and I could have have stayed here a while, but the pull to explore further was strong.
I was trying to find the best place to park to look for an allegedly awesome regular sized geocache, and ended up in the trailhead parking in the Bayview Campground. After parking and looking around, I realized this was not the right spot to approach the geocache. However, I saw a sign that said “Cascade Falls”, with an arrow pointing in a direction that I felt a pull to go. I debated on the wisdom of this decision. I was not actually prepared for a hike. I hadn’t packed any of the ten essentials. I really wanted to know what was down that trail, though.
I saw a man coming back down the path, and I asked him how far away the falls were. “About a mile,” he answered. I asked him if the trail was hard. “It’s not hard…but there are a lot of rocks”. Okay, not sure what to do with that information, but I decided to roll with the “not hard” part and ignore the “lot of rocks” part. Later, I was cursing myself for ignoring the latter…but I made it back safely enough to write this little story a couple of weeks later so it’s not like it killed me. Although I did feel like it tried.

The trail started out very nice, and I wondered what rocks the man was talking about as I strolled along a soft pine covered trail.  It was everything I wanted it to be: a soft forest trail with a view of a glistening lake, and snow peaked caps teasing me in the distance.  Eventually, though, rocks began to appear, just a few here and there that I needed to work around.  The soft forest floor began to be replaced with uneven stones.  I had to concentrate on not falling, and on listening for sounds of bear and making sounds of my own to send them notice in case they were there (not sure how much of a danger it was, but there were bear boxes in the campground and signs all about). 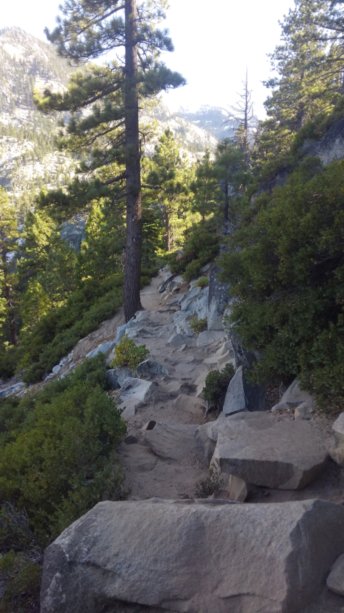 I came upon just a handful of hikers along the way.  Towards the end of the hike, I asked a couple how much farther it was, and the man gave me some tips about how to approach the falls, that there was a way to follow the water down below the trail to get above them.  I followed his advice, as well as steering towards another family who had already made their way to the top of the falls.  I even took a family photo for them.  Another couple arrived shortly after, and I was caught off guard by a smell after they had found a cozy spot to sit above the falls.  I kept forgetting that marijuana is legal for recreational use in California, as it was a common smell I kept coming across during this trip.  And why not.

I could have spent some time marveling at the flow of the water from these little creek-like flows down to the torrent that raged down the mountain, but I did start to worry about making my way back before dark, and I really should have brought some water with me.  I headed back, feeling glad I made it all the way to the falls but also being annoyed with myself for not coming prepared to hike.  Also, I should have taken some safety precautions, like at least sending Jason a ping to know where I was.  I kind of didn’t want to make him jealous of my good time, and also didn’t slow down enough to concentrate on that task. 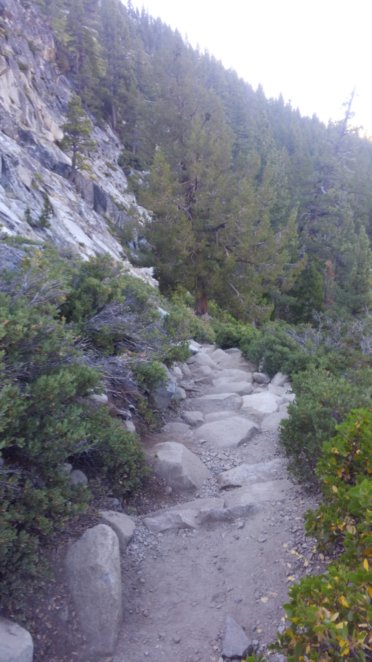 I came across some young people taking selfies on top of the boulders, and I felt my age and maturity as I lumbered past them, probably flush faced and open mouth breathing.  After some time lurching around the rocks, I finally made it back to the soft forest again.

I finally make it back to parking and realized the best parking for that geocache was at the overlook where I started.  I found it and it was totally amazing.  In the end, I felt very happy with my experience.

When I returned from my trip, I told a couple of friends about this, and both of them acted like I was completely crazy for making that hike.  One of that never would have considered that adventure in the first place, and the other one would not have attempted it without a friend/companion along for safety. 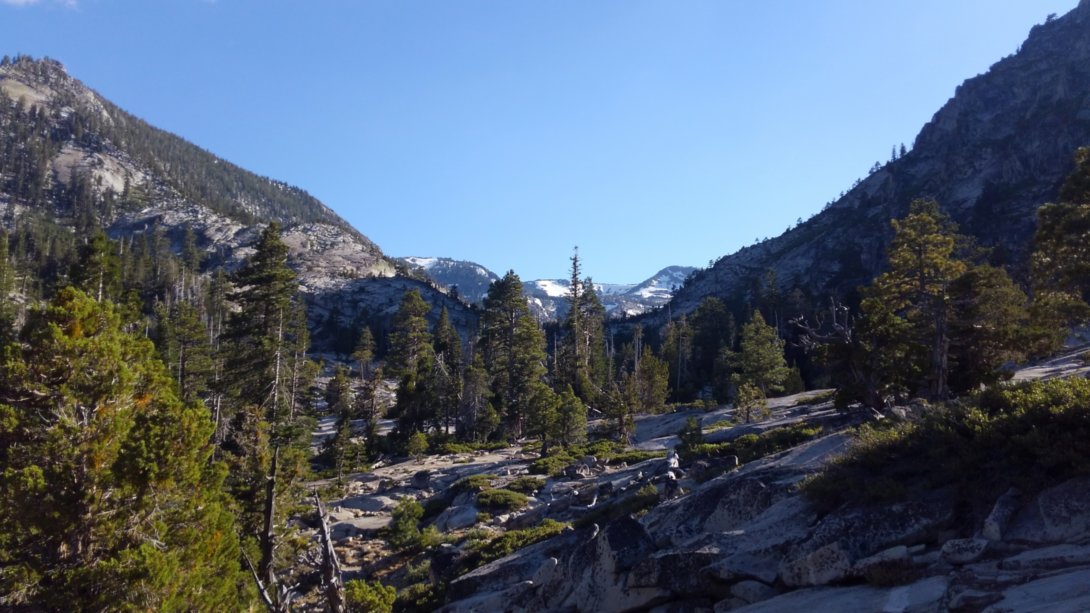 I am not a person who has been afraid to have adventures alone, for better or worse.  My sense of adventure has always been higher than my fear of danger, I suppose, and I don’t let things like not having a companion stop me.  I like exploring new towns, trails, places by myself, although there are times I have felt like I wished I had a friend with me.  When I was driving around Reno looking for the wild horses, I had a strong feeling of wishing Jason was with me, but I think it was mostly because I think he would have really enjoyed it (well, and also he makes me laugh). We couldn’t afford to all come along, though. I did invite my exhusband’s sister to join me on my trip in Reno, but she couldn’t/didn’t commit and then wasn’t answering my calls before my trip. It would have been fun to share that experience with Jason or my former sister in law, or any of my friends, but that is not the way it played out and I wasn’t willing to sit alone in my hotel lamenting the lack of a friend.
I saw some great views, had a good time by myself, and, when I got back into the town area, had a killer eggplant parm sandwich for dinner. I can’t wait to go back someday and bring my family to see this area. Also, I have some unfinished business there, which I will explain about in a later post. 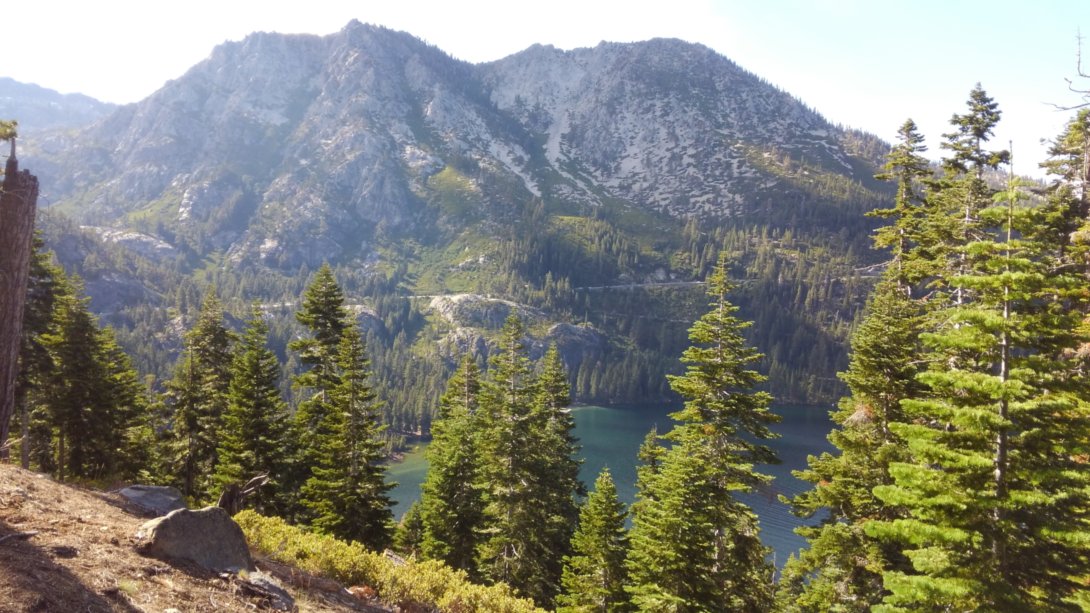 One thought on “Cascade Falls, California”