After staying up until midnight talking, drinking, and eating with our friends on New Year’s Eve, we headed off to our tent.  Despite the predictions of cold temperatures, it actually was not a bad night in our sleeping bags, and we felt quite rested in the morning.  I flipped us some oatmeal-banana-chocolate chip pancakes that I had found a recipe for on Pinterest while J broke down camp.  After all this, we had to drive back up to the headquarters to deal with some unresolved check in issues, and then finally we were ready for our actual goals for the day: work on finding some of the caches in the park we had not found, and record a list of bird species observed for the day.

I had decided that this year we were going to actually keep a species count of the birds we saw.  I would say that it was our Big Year, except that we have really never had a “Year” at all.  I would actually say that in fact, this is our “Baseline Year”.  From the moment we got up, I had been keeping a watch out with the binoculars, bird book in hand, checking off the ones that flitting about the campsite in my Brazos Bend birding checklist that I had downloaded and printed out before we left the house.

When we pulled up at Diane’s campsite to see if anyone else wanted to go caching with us, I still had those items in my hands.  We found Rod, and set off down the trail.  We spent two hours hiking about along the Bluestem and Bayou trails, attempting to make cache finds.  We ended up finding two out of the three we looked for, and I was able to drop off a travel bug I had been carrying for much too long.  I was interested to see how my ankle held up, since we want to do some distance hiking this year.  I was carrying a little bit of weight in my pack, but not a lot, and my ankle was a bit sore by the time we got back.  I hope this will not slow me down from hiking this year.  I probably should wear hiking boots and not sneakers when I go – it might help the stability of my ankle, although it is pain in my right heel after long walks that keeps me reaching for the sneakers and avoiding all other shoes. 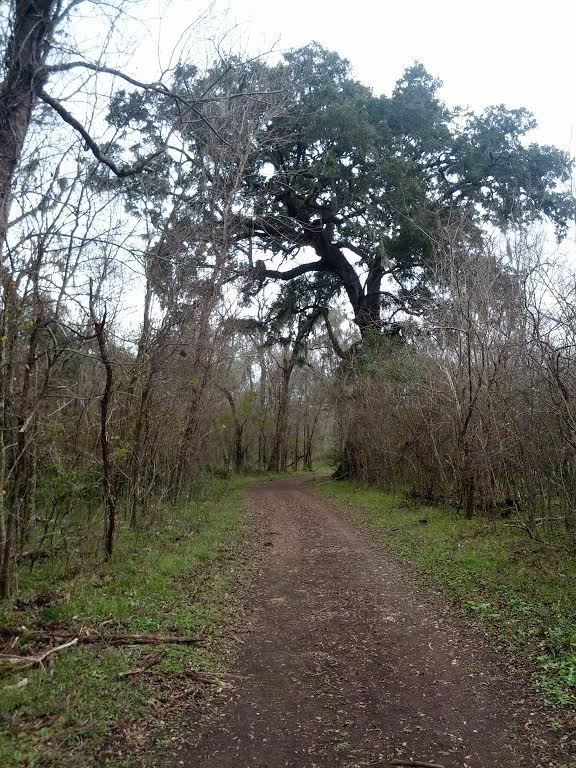 Our total bird species count for the day was 14.  We could have gotten a lot more if we had made it over to the lakes, since we only claimed one water bird species today.  There are 4, 987 acres in this park – there was a lot of land we did not cover.  We mostly saw birds at the campsites, and just a few different kinds along the trail.  My favorite species of the day was the Eastern Bluebird that I saw on our way to the last cache.  It was also during this sighting that I somehow lost the cover to the viewing glass of the binoculars, which J found understandably annoying.

These were, of course, the most common species seen today.  Go figure.  This only confirms my theory that we are making the world a very good place for vultures (or, if you read my previous post – maybe we can blame this on the coyotes). 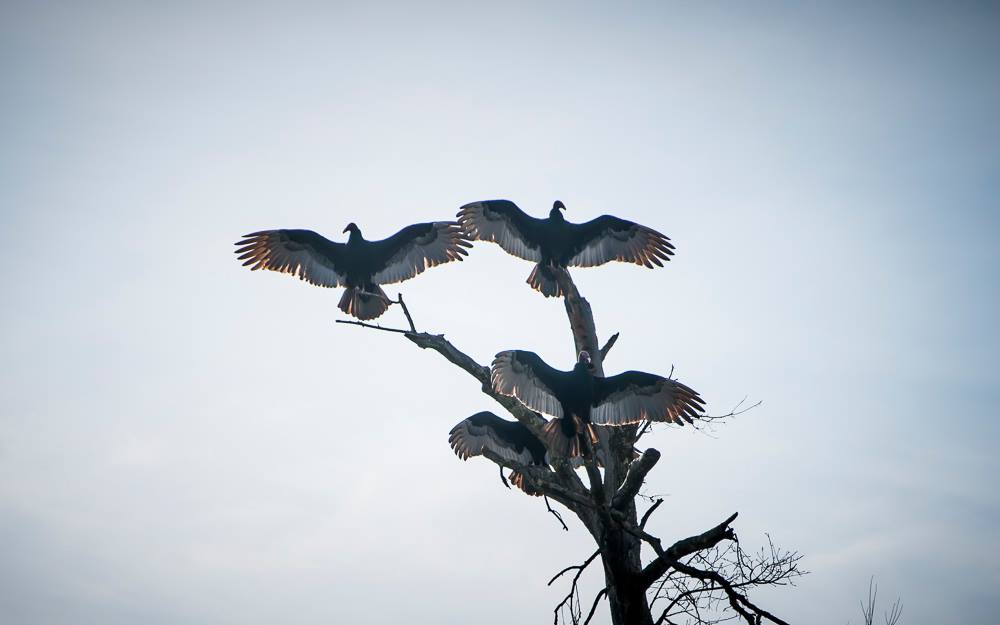