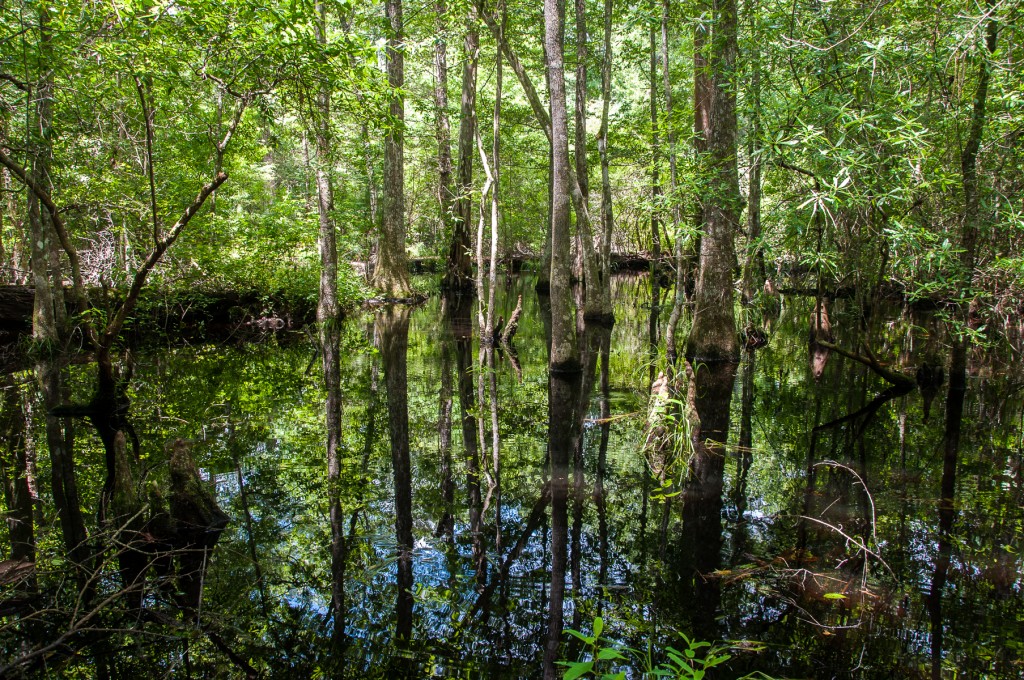 Last Saturday found us in the visitor center for the Big Thicket National Forest, north of the town of Kountze.  We had stopped in briefly to get information on trails, and now we were back for a respite from the muggy humidity and the bugs after an hour long hike on the Kirby Nature Trail.  I sat in the darkened theater room to feed the baby, and the friendly park ranger who was working the front desk offered to start the movie for me.  We watched the fifteen minute film that offered some insight on what makes this preserve special.

One of the features of the park that make it unique is its diversity.  The Big Thicket is actually a collection of several tracts of land spread out over several counties and 84,500 acres.  It happens to sit right at the junction of several different ecosystems.  A hiker might be able to cross through nine different ecosystems throughout a visit in the park, from the pineywoods of east Texas to the hardwoods of the Mississippi, from savannah to desert.  Due to this intersection, visitors will be able to find a wider variety of species than in any other area of Texas: over three hundred species of migrating birds, a thousand flowering plants and shrubs (including four carnivorous species), one hundred species of trees, and many species of reptiles and amphibians, including all four venomous snakes of Texas, and this cute little skink here. 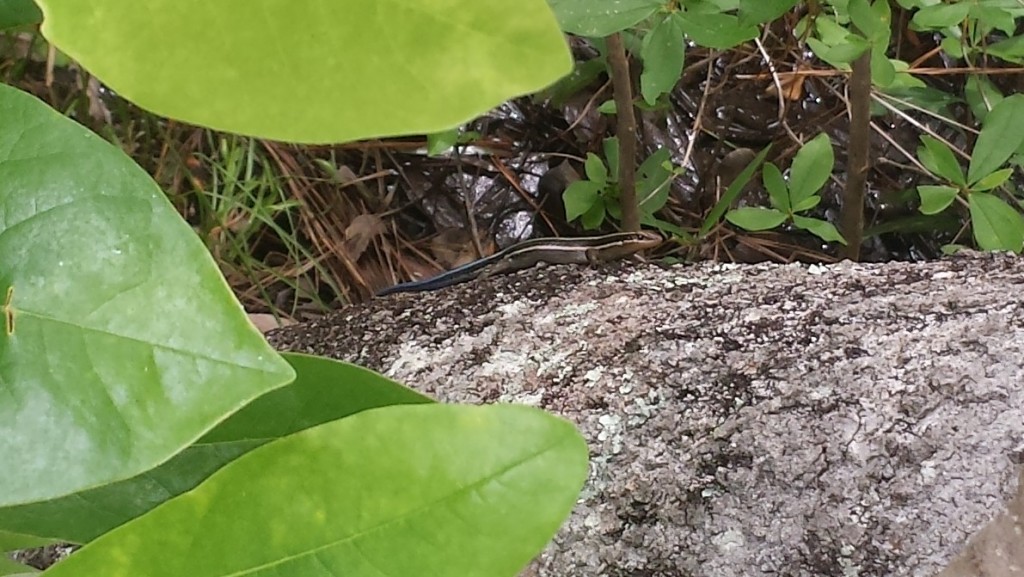 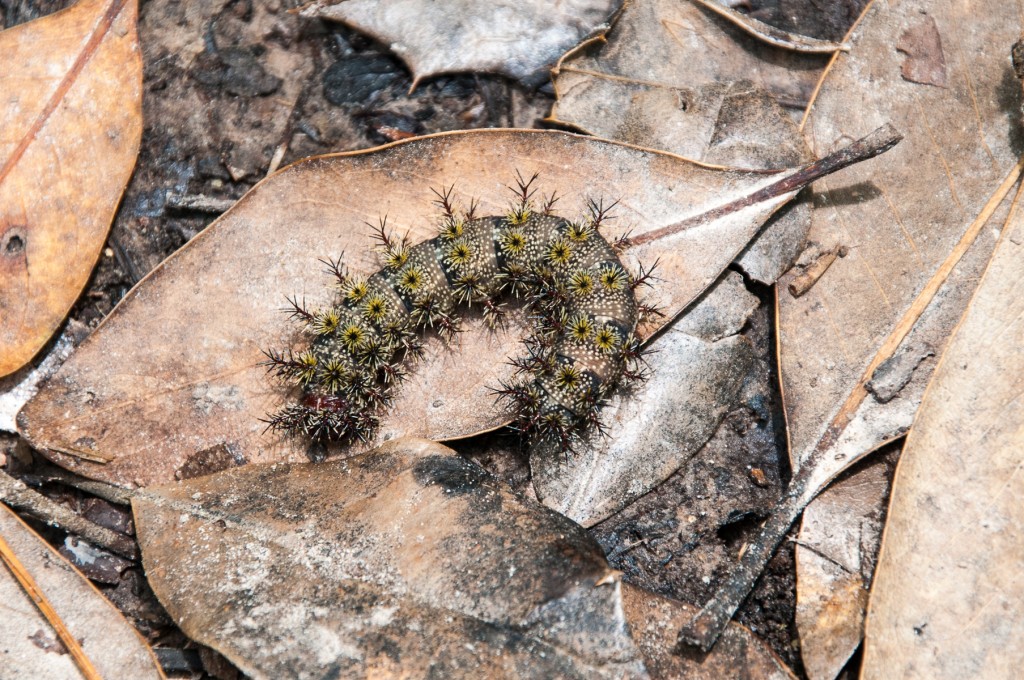 Fungus and flowers along the Pitcher Plant Trail 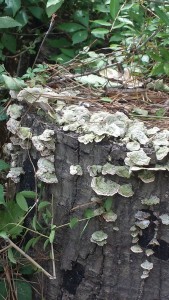 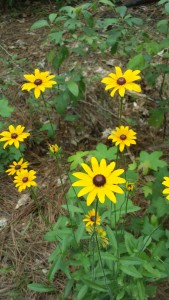 This is the Pitcher Plant – one of the four carnivorous plants.  It digests insects that fall into the liquid inside this tube, which contains enzymes that break them down.  These plants are easily viewed in the springtime from a short quarter mile walk along an easy walking path (that can be a little tricky to get to, at least the way we drove to it). 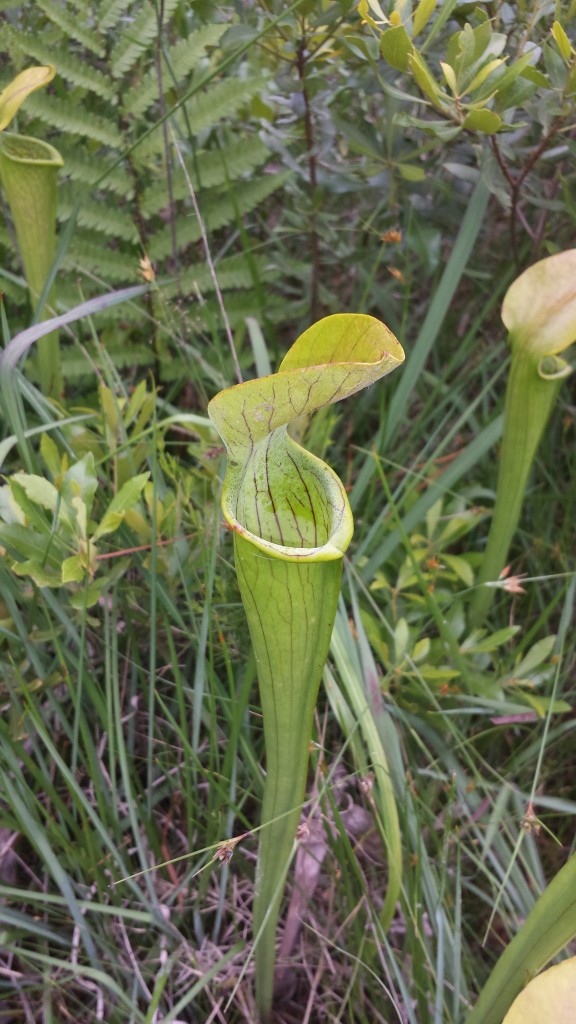 Given that this area of the world has been designated as the “biological crossroads of North America”, one should not be surprised that of all the strange insects, reptiles and flora and fauna of this preserve, there has been reports also of elusive hairy beasts – wood apes, aka “bigfoot” or “sasquatch”.  There have been at least fifteen reports of sightings in the counties composing the Big Thicket on the North American Wood Ape website, accounts so numerous that Bigfoot researchers have been known to take up residence in the area to keep watch. (This information was not relayed in the film we watched in the visitors center). The area was also home to most species of American mega-fauna before their extinction. 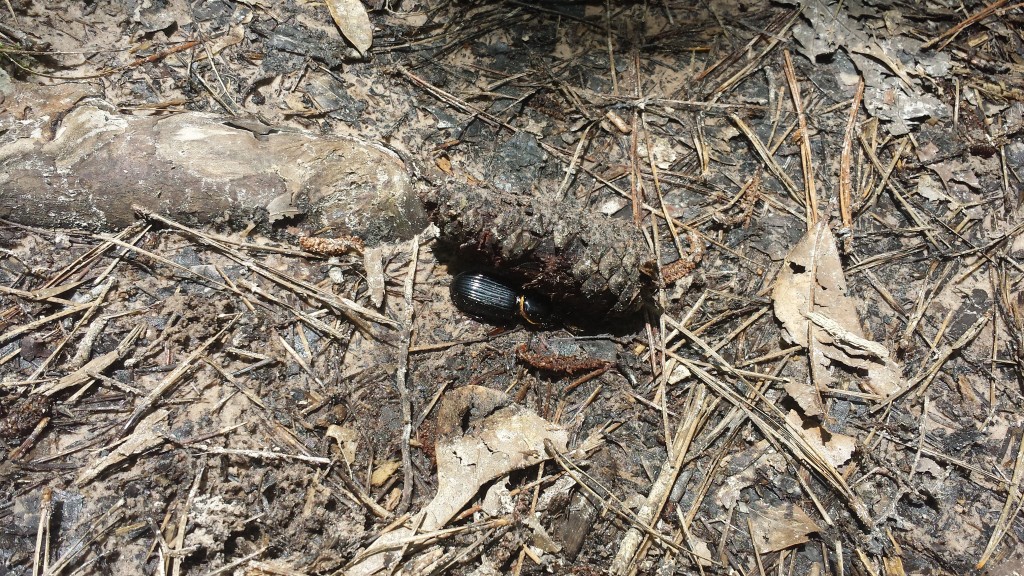 Stories of the people of the area that were included in the official film included that of the “Dog People”, a group of pioneer-types that lived completely off the land in this area in the mid-1900s, using their pack of dogs to assist them in hunting game in the forest to survive off of.  Also, groups of Native Americans, such as the Alabama-Coushatta, have called these woods home at some point.  The Dog People and other residents were slowly kind of forced of the forest, as it started to be exploited for its oil and gas reserves, as well as its lumber.  Eventually, though, there was enough push to get the land declared as one of the nation’s first National Preserves in 1974.  Due to its status as a preserve and not a national park, there is limited allowance for these resources to be utilized, but while retaining the area’s natural resources for the future. 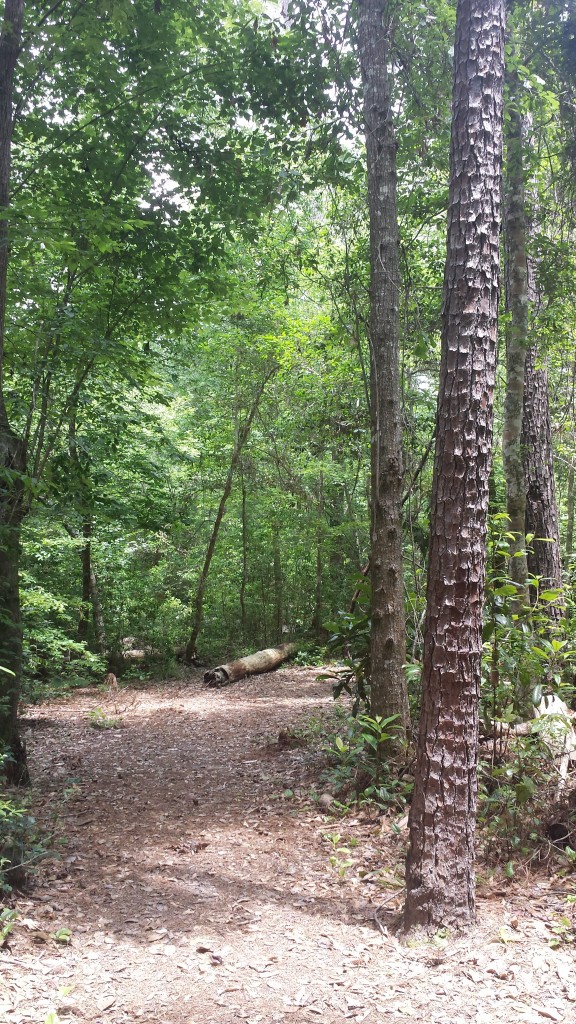 Another story that I came across later, not included in the film, was that of the Texas “Jayhawks”, a group of local men drafted to fight in the Civil War for the side of the Confederacy, who opposed that side’s viewpoint and hid out in the forest to avoid the war.  They were arrested at one point and held in nearby Woodville, but escaped in a scheme involving whiskey, fiddling, a loose board, and the dancing of a jig by one of the Jayhawks, which allowed the guards to be distracted long enough for all the prisoners to escape through the loose board one by one.  In the chaos that ensued after, the one who had been dancing the jig just walked away, free at last.  Later, a Confederate Captain named Kaiser decided to light a fire to the Jayhawk camp at Honey Island, trying to flush out the traitors.  It is believed that all the Jayhawks escaped, but the canebrake they lived in was permanently destroyed, and 3000 acres of forest burned up in what is now referred to as the “Kaiser Burnout”.  This is one of the ghost stories that is attributed to the mysterious “Light of Saratoga”, a ghostly light that appears and disappears at random times on Bragg Road in the town of Saratoga, sixteen miles west of Kountze.   Other explanations include ghost conquistadors looking for buried treasure, a decapitated railroad worker from a nearby accident, or an eternally lost hunter looking for a way out.  Or, perhaps, swamp gas or light reflection from cars on the nearby highway.

We had decided to take the scenic route from the visitors center to the Pitcher Plant Trail, and then may or may not have lost our way.  As we worked our way through a series of back roads, the roads eventually turned to dirt.  Occasional small houses were found along this road, or sometimes just signs with a person’s name marked on it indicating a lot or way to another property.  However, most of our drive we spent in complete wilderness, with no signs of human presence.  The preserve was on our left, and private property to our right.  I felt the presence of other life out there, though, and was half-expecting to see one of the “Dog People” in the silent woods around us, perhaps sight some unusual movement in the forest.  I didn’t see anything, though, besides a few birds not already on our list for the year.

It was a place that was enlightening and intriguing, though, and we did decide it was worth coming back to another time – just not often, as it is some two hours and change drive from our house.  There is much to explore out here.